Connacht will dine at the top table in European rugby with serious ambitions of upsetting more of the establishment. The bookies however are sceptical of mirroring last season's results in the upcoming Champions Cup.

Pat Lam and his charges brought unbridled joy to the province with the Guinness Pro12 title, as well as widespread respect and admiration for the brand of rugby demonstrated both at home and on their travels.

The comprehensive and thrilling win over Leinster in last year’s decider was a fitting finale to an unforgettable season, but just 32 days from the 20-10 success in Murrayfield, the Champions Cup draw has already focussed the minds on the step-up the westerners will face next term.

The fans may still be basking in glory after years of toil, but Lam will be immediately tasked with plotting their challenge on the Champions Cup.

Few predicted this time last year that they would end up as Pro12 kingpins, so is it realistic to think they could go one step (in reality, three or four) bigger and succeed Saracens as champions? 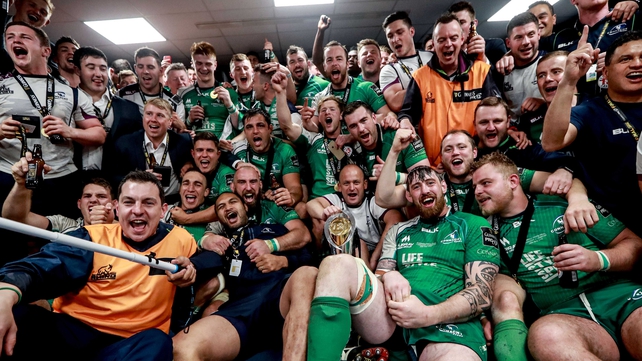 The bookies aren't inclined to think so. Following today's draw in Switzerland, Connacht were priced at 100/1 to lift more silverware in Murrayfield next May.

The powers that be in the betting world aren’t prone to wiping egg from their face all that often, and believe only Zebre, Sale and the Scarlets are longer shots for an outright win.

Placed with the top five seeds prior to the draw, Connacht will entertain Wasps, Toulouse and Zebre in Pool 2, yet despite last year’s heroics, are well behind their inter-provincial rivals on the markets.

Munster will go into the unknown under the stewardship under Johan ‘Rassie’ Erasmus, though even the most loyal supporters feel silverware is not within touching distance at this juncture in their development.

Leinster, who endured such a torrid season in Europe, managed to put some indifferent performances to one side to reach the domestic decider, but came up well short against a side that mirrored Leinster in their pomp during their own European heady days.

Ulster failed to make the European knock-out stages last term, though the arrival of Charles Piatau (below) and Springbok flanker Marcell Coetzee has excited their fans. It is perhaps a mental barrier as much as anything which Les Kiss must overcome to end their 11-year wait to lift a trophy. 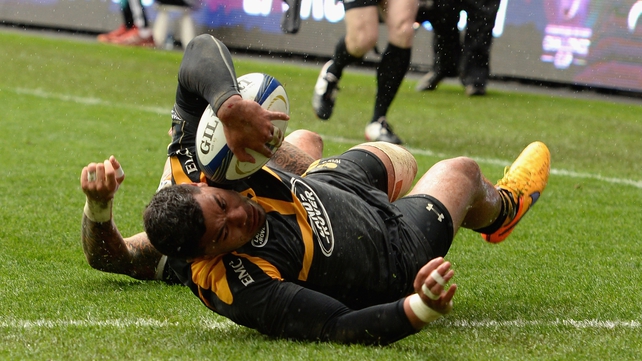 It’s difficult to argue that Munster and Leinster sit in stronger positions than last season, on the pitch at least, but the bookies hold out much more hope in the Irish rivals than the new kids on the block.

At 22/1, Leinster are a shorter price than the likes of Leicester, Northampton and Glasgow. Munster meanwhile, the third-ranked Irish side with the bookies, are half the odds of Connacht, at 50/1.

While the odds in relation to Connacht are curious, the counter argument is they do not possess the pedigree at the highest level, may struggle to cope with rising expectations and the loss of Aly Muldowney could have a significant impact on their expansive game plan which requires ruthless efficiency at the breakdown and precise handling among the forwards.

Lam's 'one game at a time' mentality means the pool will be the obvious focus, but they are third in the pecking order in a group containing a Toulouse outfit on the wane and hapless Zebre.

The 8/1 on offer to top their group will please those within the Clan Terrace.

Wasps showed their undoubted potential in their demolition of Leinster home and away last season, while the 26-point win over reigning champions Toulon certainly raised eyebrows.

They bowed out to Saracens at the penultimate stage, but for all the talent available to Dai Young, there is a streak of inconsistency that needs to be ironed out to land top honours.

They lost at home to Bath in the pool stages, while also bowed out at the semi-final stage domestically. Christian Wade remains one of the most lethal finishers in the game in a backline that oozes attacking threat, though the loss of Piatau will be keenly felt.

They are odds-on to top Pool 2, with Toulouse next in line.

The French aristocrats will hold warm memories for Connacht after their famous 16-14 result at Stade Ernest Wallon in 2013, two years after hosting the four-time champions for their first ever Heineken Cup game at the Sportsground. 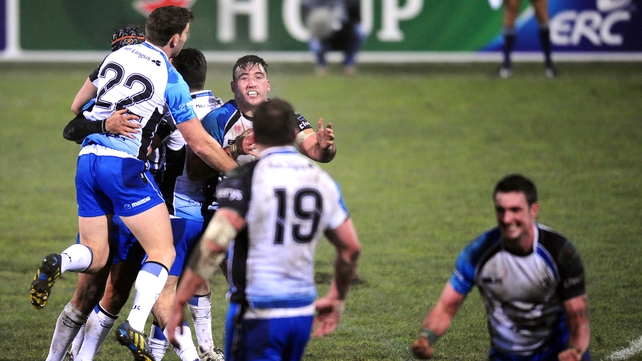 The Top 14 side are however certainly not the force of old, when Guy Noves’ star-studded side claimed four title and enthralled neutrals with their brand of rugby. Indeed last time out they endured a nightmare campaign

They claimed just one victory in the pool stages – only Treviso (0) and Scarlets (2) scored less than their five point total - but it was the nature of the defeats which left a sour taste.

Saracens won both games by an aggregate score of 36 points, while Oyonnax secured their first ever win in the competition at their expense.

The encounter at Kingspan Stadium proved to be their nadir and a further illustration of how far their stock has fallen in recent years.

They shipped 38 points and failed a single score of their own in a shambolic showing, though did manage to salvage some pride the following weekend with a losing bonus point defeat to the same opposition.

Head coach Ugo Mola led the club to fifth place in the Top 14, a creditable showing in the first season of life after Noves, before coming unstuck away to eventual champions Racing Metro in the quarter-finals, who failed to score a try in the 21-16 win.

They do however possess some serious individual talent. Only three players crossed the whitewash more often than talented centre Gaël Fickou (below), who put behind him disappointment in the French jersey to demonstrate his undoubted class.

He struck up a potent midfield partnership with Toby Flood, who can slip seamlessly into the pivotal out-half position. 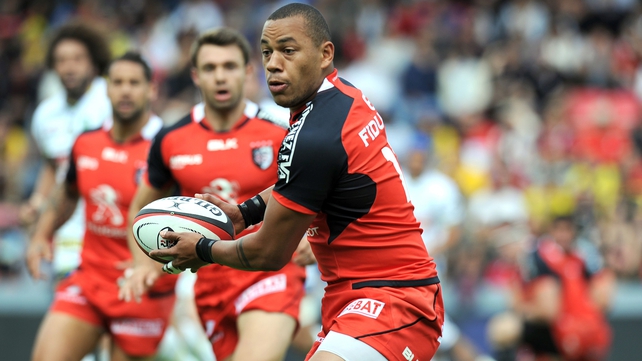 Sébastien Bézy continues to impress in the number nine jersey, though struggled at international level in the Six Nations in a side often going backwards.

Zebre have not featured since the competition was revamped and rebranded, but while the tournament has changed, the fortunes of Zebre certainly have not.

Three years ago they also found themselves in the same pool as Connacht and Toulouse and shipped 210 points on their way to six losses.

In the following two years they have finished last and second last respectively in the Pro12, shipping an average of 30 points per game, though last season’s haul of five victories saw them claim Italian bragging rights by leapfrogging Treviso.

In short, Lam will be targeting bonus points and in a competition where every point is notoriously hard to come by, having the Italians in their group is a huge fillip.

"When it comes to defying the odds, Connacht has history"

The Sportsground was transformed into a fortress last year, with only Ulster leaving Galway with a positive result, and such form will hold the in good stead for their latest European adventure.

The 8/1 price to top the pool looks generous, and certainly more attractive than Munster, who you can get at the same price in a group that contains Top 14 champions Racing Metro, old foes Leicester Tigers and 2015 Pro12 champions Glasgow Warriors.

When it comes to defying the odds, Connacht has history.