All Blacks out-half Aaron Cruden has been cleared of a serious neck injury after being carried off in New Zealand's win over Wales on Saturday, but it is too early to tell if he will be fit for the third match of the series in Dunedin, said coach Steve Hansen.

Cruden was carried off in the first half of the All Blacks' 36-22 victory after Wales lock Luke Charteris rolled over the top of him during a tackle, landing on top of his neck and head.

Hansen said after the game that Cruden had heard "a crack" when the tackle occurred. He was taken to hospital for checks but returned to the team hotel late on Saturday.

"Aaron was given the all clear and came back to the hotel for tea," Hansen said. "He's a little bit stiff and sore in the neck.

"We will monitor him for the next few days and see if he'll be right to play next weekend but the hospital was very happy with it."

Cruden's replacement, Beauden Barrett, orchestrated a superb second-half performance by the All Blacks as they took the score from 10-10 at halftime to 36-10 with 10 minutes remaining, before two late Wales tries made the score more respectable.

Hansen added that Barrett's performance had probably given him the advantage to start the test if Cruden was unfit, rather than giving the third out-half in the squad, Lima Sopoaga, an opportunity to start on his home ground in Dunedin on Saturday.

"The bloke who came on last night did a pretty good job," Hansen said. "Beauden probably deserves to get the opportunity.

"We have a pretty good backup in Lima coming off the bench (though) we could go the other way and put Lima into start." 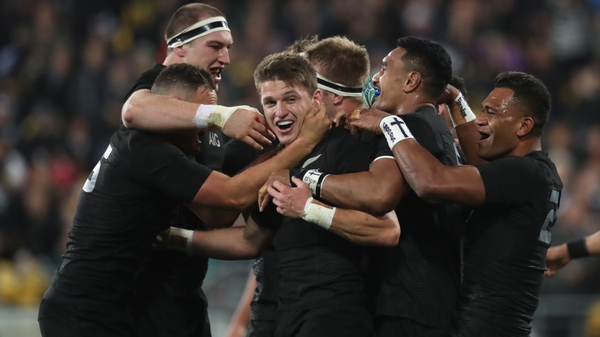