South African born lock Quinn Roux will make his international debut for Ireland against the Springboks in Johannesburg as Joe Schmidt makes five changes to his winning side for Saturday's second Test.

Ireland could follow up last weekend’s historic win over South Africa by wrapping up the series when the sides meet at Emirates Airline Park on Saturday at 4pm Irish time (Live commentary on RTÉ Radio 1 and match tracker on RTÉ.ie) and Schmidt has made changes to both the pack and the backline, with Roux, Rhys Ruddock, Tadhg Furlong, Stuart Olding and Craig Gilroy all getting the chance to impress.

Schmidt however is going all-out for victory on Saturday amid suggestions of tactical replacements.

"That's probably an insult to the players that have come in to be honest," he said when asked by a local journalist if his team selection indicated he was holding out for a decider in Port Elizabeth.

"The players who have come in, I'm really hoping that they will pleasantly surprise just as the players who were probably undervalued a little bit last week.

"They certainly showed their mettle and it's a huge challenge to those players who have come in to try to match what the players put into the game last week. 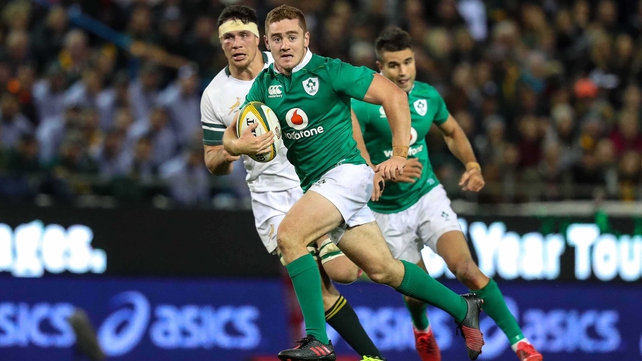 Roux will partner Devin Toner in the second row, while Furlong starts in the front row at the expense of Mike Ross.

Ross has been a long-time favourite of Schmidt, but fails to even make the match-day squad as Finlay Bealham is preferred for a place on the bench.

With CJ Stander ruled out following his red card in Cape Town, the versatile Iain Henderson gets another opportunity to shine in the back row, where he will join Ruddock at openside and Jamie Heaslip at No.8.

Conor Murray and Paddy Jackson are retained at half-back while Olding replaces provincial colleague Luke Marshall at inside centre. He is partnered by Robbie Henshaw in midfield, who along with Murray are the only non-Ulster representatives in the backline.

Schmidt has long been a fan of Olding, who has endured a torrid time with injuries since winning his first cap for his country in 2013, and he expects the Belfast native to rise to the challenge.

"Stu is a tough character...he punches above his weight just as Gordon D'Arcy did"

"He's maybe a little in the Gordon D'Arcy mould, a guy with some footwork and some ability to play as a second receiver," the New Zealander said.

"Luke Marshall did incredibly well doing exactly that and that was one of the things that attracted us to Luke in the first place. He was ending up as a first receiver often in the way Ulster were attacking (this season).

"The other thing is Stu is a tough character. Mentally, he's very tough, he stays in the game very well and I think he punches above his weight just as Gordon D'Arcy did. 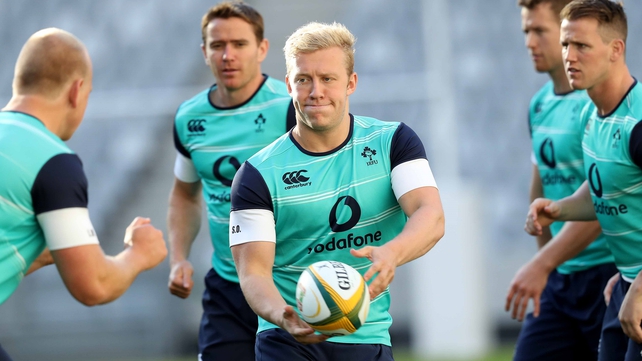 "They're quite similar in that they both distribute smart, opportune passes when it's on, and they carry when it's the right thing to do and they work hard away from the ball to try to get back into positions where they can get back onto the ball.

"It's a huge challenge for Stu up against Damien de Allende and Lionel Mapoe, the same midfield combination (from the first Test).

"As I said earlier, we're under no illusions that combination will be a lot more of a threat this week because they would have had a little bit more time together.

"I think it's important that we don't wait, that we try to grasp the moment"

Gilroy is introduced to the back three alongside Andrew Trimble and Jared Payne at fullback, who continued his rich vein of form in the 15 jersey with Ulster in the challenging Test arena at Newlands.

On the bench, Tiernan O’Halloran and Seán Reidy will make their international bows if called upon by Schmidt, while Munster prop David Kilcoyne is called into the replacements. 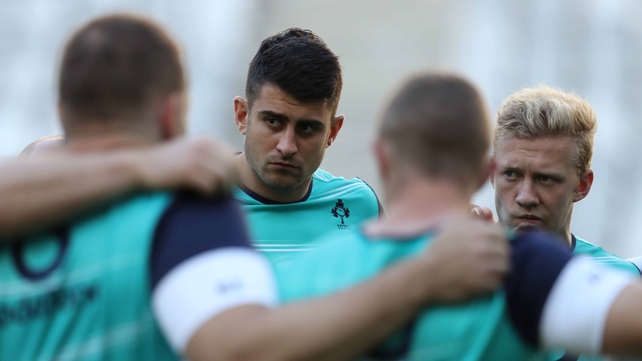 Schmidt sympathises with his South African counterpart, who has had little time to implement his ideas, but is of the opinion they will have learned plenty lessons in defeat.

"We have no doubt that South Africa would have benefited from that hit-out," he said.

"It is very difficult for someone like Allister (Coetzee) to come in and implement his strategy in the space of maybe half a dozen training sessions and so each time they play together, you know if we were waiting for Port Elizabeth, they're likely to be better again.

"So, I think it's important that we don't wait, that we try to grasp the moment that we can and that moment is this weekend's game at Ellis Park."

Meanwhile, South Africa have made just two enforced changes to their team for the second Test as Elton Jantjes replaces the injured Pat Lambie and Pieter-Steph du Toit, who scored his first ever try in the first Test, comes in for Lood de Jager in the second row.

Morne Steyn is selected on the bench, as Ruan Combrinck and Franco Mostert are also named among the replacements.