Owen Farrell will make his first start at fly-half under head coach Eddie Jones after George Ford was dropped for England's opening Test against Australia on Saturday.

Farrell, who has been in outstanding form for double winners Saracens, will act as playmaker-in-chief at Suncorp Stadium after playing every match of the recent Grand Slam triumph at inside centre.

Luther Burrell fills the number 12 shirt vacated by Farrell despite only having been called into the touring party once Manu Tuilagi was ruled out by a hamstring injury.

England fielded Ford at fly-half throughout the RBS 6 Nations, but he must now settle for a place among the replacements.

In a surprise selection on the left wing, Marland Yarde has been preferred to Jack Nowell, another of Jones' Grand Slam heroes and a player who has impressed all season.

"We have picked a side to win in Brisbane. As always selection was tight and naturally players are disappointed, but we've gone with a 23 that has a good mix of experience and youth," Jones said.

Anticipation over Saturday's opening Test at Suncorp Stadium has risen after Jones invoked the tactics used by Douglas Jardine's Ashes winners to explain the approach his Grand Slam champions will adopt against the Wallabies.

The squad have watched footage of the controversial series clinched by England's cricket team in 1932-33 to inspire them in their quest to make history Down Under and Cheika is braced for the onslaught promised by Jones.

"I understand the analogy, but I'm not sure what it means. I don't know if it means head high tackles or if it means aggression," Cheika said.

"If it means aggressive rugby then that's good. That's the game, it's meant to be aggressive.

"It's a contact sport and we love that. Respect to our opponents if they bring it on.

"I've got no....we're up for it....the contact part of the game, the aggression. If that's what it means. I'm sure it's going to be a real ding dong on Saturday.

"I imagine that's what it means because you're not going to come out and do head high tackles. I don't think so at least! I think fair play to them, it's good stuff."

Arnold, who stands 6ft 8in tall and is nicknamed 'Three Story Rory', will become the tallest ever Wallaby when he starts on Saturday, while David Pocock and Michael Hooper are present in the back row.

Pulling the strings at fly-half is Bernard Foley, England's nemesis in their record defeat to Australia at Twickenham during last autumn's World Cup.

Christian Leali'ifano has been named in the matchday 23 for the first time since 2014 after joining the squad in Brisbane on Wednesday following the birth of his son. 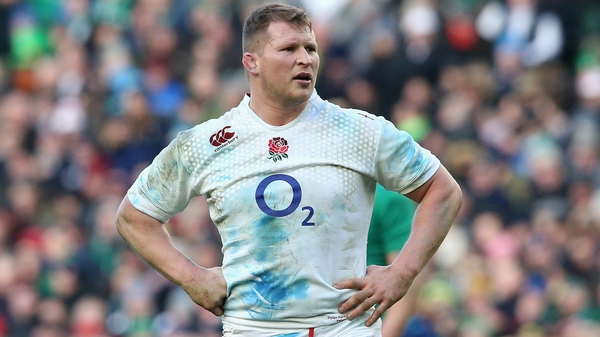