Connacht captain John Muldoon has admitted his biggest task between now and kick-off in tomorrow's Guinness Pro12 final might just keeping his players - and himself - from getting carried away with the excitement.

The province face Leinster in the biggest occasion in their history and long-term servant Muldoon concedes that an experienced veteran like himself finds it hard not to dream about potential success in the Murrayfield showpiece.

"It's new for us but we've been thinking about this for a while and it's great to finally be here," the back row told RTÉ Sport after today's team announcements.

"We're just looking forward to getting the next 24 hours out of the way.

"I'd say the next 24 hours will be interesting, keeping everyone calm and trying to keep everyone from getting too worked up.

"But it's great to be where we are and it'll be a big occasion tomorrow for players, families, supporters, everyone involved with Connacht and Irish rugby, to have two Irish teams at the end of the season is huge.

"To not be a spectator like we have been for numerous years, it's very exciting, it does feel a little bit like the night before Christmas.

"Every kid, whether it's a soccer ball or a sliotar and hurl, you're pretending to be Joe Cooney or whoever else and you're always dreaming of walking up the steps of whatever stadium and lifting a trophy above your head.

"I've probably done it a thousand times out in the back garden and even as a big child now you still sometimes let yourself have that 10 or 15 seconds of 'what if?'.

Connacht put themselves in position to make their run to the final with a lightning-quick start to the campaign, but have since defied the doubters by holding on to their place at the top of the table.

Nonetheless, the backrower is well aware that the established trophy hunters in the Leinster squad are favourites to triumph but the 33-year-old is confident of defying the odds yet again to finish off a fairytale season by making that trip to the podium to lift the Pro12 trophy.

"I suppose everybody's been looking at us thinking 'it's time, you're going to fall over', but as the season goes on, the more you stay up there the more doubts that come from other people," he said.

"But we feel like we've been knocking on the door for a while and, more so, we feel like we have the gameplan, the players and the belief to go out and do it.

"Leinster have been a phenomenal team for a number of years but we're hoping that tomorrow can be our day." 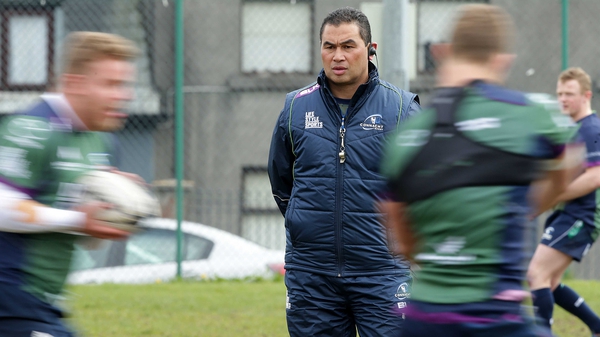