After a disappointing 10 months for rugby in this country, the domestic campaign will come to an end with an Irish province claiming silverware in the form of the Guinness Pro12 trophy.

Another failed attempt by the national side to reach the last four in the World Cup, pool-stage exits for the Champions Cup participants and a subdued Six Nations campaign meant that fans had to adjust to more defeats than they were used to over recent seasons.

The fact that Connacht are in the running, the only province not to have claimed a major trophy, is, however, certainly a reason for hope.

Traditionally, plucky underdogs, the Westerners didn’t get to this stage by catching teams off guard or benefiting from questionable refereeing decisions; they have arrived here on merit.

They featured at the top of the table for most of the season and had to beat the holders Glasgow twice to reach the final. Both times they came into the game as second favourites and both times they claimed fully deserved wins.

The fact that the Warriors played the first game with 14 men for half an hour, or lost two players in the first minute of the semi-final to injuries, and another before the half was out wasn’t the reason why Pat Lam’s men prevailed.

Led by inspirational performances from Players’ Player of the Season Bundee Aki, John Muldoon and Aly Muldowney, there was something special going on at the Sportsgrounds on these occasions. In fact, Ulster are the only team to win there this season.

Connacht played like they couldn’t be beaten and the champions, with all their stars, had no answer.

As funny as it sounds, Leinster, who finished on 73 points, the same as Connacht, stumbled to the top of the table.

Prior to their juggernaut showing against Ulster in the semi-final, the four-time league champions were erratic and unconvincing.

After the 30-6 regular-season defeat to Ulster, Johnny Sexton claimed that there were “things wrong with the environment that need a long time to fix.”

The Ireland out-half began the process himself, firing on all cylinders, along with the rest of his team, to put Ulster to the sword.

There is no doubt that that attitude and showing will have to be repeated if Leinster are to win in Edinburgh (live on RTÉ 1 Radio and live blog on RTÉ.ie).

The only expectations that Connacht didn’t exceed this season was their own.

Just 13 years on from almost being disbanded as a professional outfit, Connacht stand on the verge of their biggest achievement.

They won’t show up in Murrayfield looking to 'have a go' or 'give it their best shot'.

In injury news, Leinster captain Isa Nacewa misses out but Ireland full-back Rob Kearney is fit and takes up the full-back role. Devin Toner is absent for personal reasons and Ross Molony comes in to the second row for Leo Cullen’s side.

Lam has named the same team as last week, the first time he has had that luxury all season.

While this Leinster team has the big-game experience, Connacht's hunger for something tangible may cancel that out and if the two sides can maintain their recent form for 80 minutes more this threatens to be a classic all-Ireland finale.

WATCH: Here is your Leinster starting XV to face Connacht in the #GUINNESSPRO12FINAL. #CONvLEINhttps://t.co/CJ038yS7ga 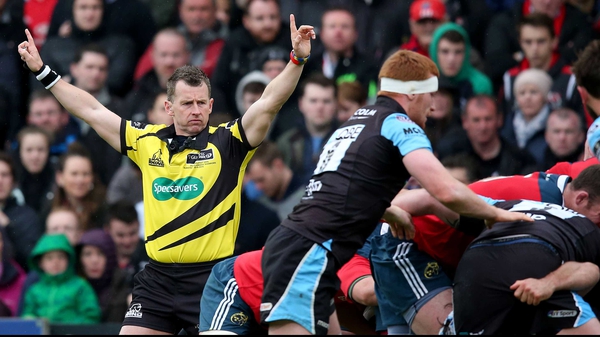