Connacht’s magical journey will go on for another week after they booked a place in the Pro12 final with a pulsating 16-11 win over Glasgow in Galway.

The Westerners’ landmark season had already seen them finish second in the regular season and qualify for league semi-final for the first time.

And they came one step closer to the ultimate prize as they hung on to a five-point lead against the 2015 champions in a sun-drenched Sportsground.

It sets up an all-Ireland final in Murrayfield next Saturday with Leinster, who beat Ulster last night, standing in their way.

Niyi Adeolokun’s try sent the home side in 10-3 up at the break and second-half penalties from AJ MacGinty sealed the win in a fascinating and compelling contest.

Coach Pat Lam made just one change to the side that defeated the same opposition two weeks ago, a 14-7 win that gave Connacht home advantage for this game.

In came flanker Eoin McKeon with Sean O’Brien dropping to the bench.

The Scots made five changes: Mark Bennett came in for Alex Dunbar in the centre, scrum-half Henry Pyrgos came in for Ali Price and Sean Lamont lined out on the wing in place of Lee Jones.

Zander Fagerson started due to Sila Puafisi’s suspension and Italy international Simone Favaro took over from Rob Harley in the back row.

The game wasn’t a minute old when Fagerson and Finn Russell collided in midfield as they attempted to stop Bundee Aki on a crash ball: the out-half received almost five minutes of treatment on the field before being stretchered off.

Duncan Weir came on and 20-year-old prop Fagerson went off for a Head Injury Assessment, which he failed and Darcy Rae stepped in.

Connacht almost took advantage of the long stoppage on the restart with Marmion breaking inside the 22 but a knock on in midfield ended the chance.

Lam’s men were shading the first quarter but a couple of unforced errors halted their progress and allowed the Warriors to gain some territory.

A poor clearance from MacGinty gave the holders a lineout just five metres out but Fraser Brown’s throw was overcooked and yielded a penalty that allowed the out-half to clear.

Moments later the Sportsground erupted as McKeon looked to have scored a try at the end of a counter attack that started with an Aki intercept in midfield.

Backs and forwards combined to send the flanker over before the TMO adjudged that the New Zealand centre had lost control as he plucked the ball off the ground at the start of the move.

But Connacht did manage to register a score when Favaro was penalised for a late challenge on MacGinty, the out-half popping over the resulting penalty from in front of the posts.

The lead didn’t last long as Connacht failed to release at a ruck and Weir slotted the kick from the 22.

Glasgow suffered yet another blow moments later as Adam Ashe had to replace Favaro after the Italian seemed to be concussed after two incidents in the same passage of play.

Lam may have been getting frustrated that his side had dominated territory but failed to add more points.

But that changed in the 37th minute when a covered Aki grubbered through for Adeolokun. 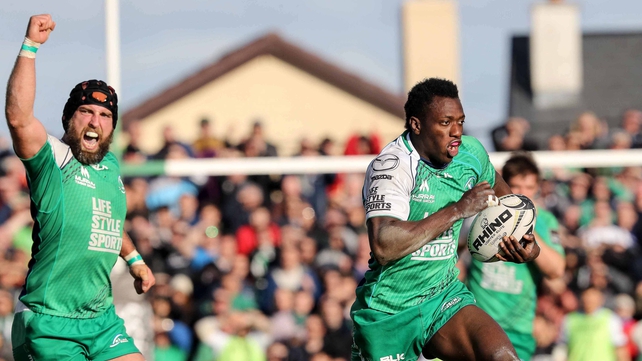 The Nigerian judged the roll of the ball to perfection and collected before a trio of would-be tacklers got themselves into a tangle, leaving the winger to coast home from just inside the Glasgow half. MacGinty added the extras.

Connacht’s admirable trait of running from deep almost backfired from the restart. Henshaw knocked on on the 22 and after a couple of lineouts, Glasgow powered over under the posts but could not ground the ball and the hosts led 10-3 at the break.

Glasgow piled on the pressure at the start of the second half and were over again before referee Marius Mitrea awarded a penalty for obstruction.

But that reprieve lasted only seconds as Leone Nakarawa barged over. Weir, however, pushed his conversion wide.

The game was now reaching the level of last night’s semi-final in the RDS.

In a flash, the Westerners were inside the red zone, Matt Healy came off his wing and the Glasgow defence went offside, again. Sale-bound MacGinty knocked over the penalty from 15 yards.

Weir quickly cancelled that three-pointer out with a straight-forward kick as Connacht infringed a ruck.

Ireland second row Ultan Dillane was seeing more action and his midfield burst led to yet another infringement from Gregor Townsend’s men.

Captain John Muldoon declined the kick at goal and the Scotstoun outfit gave away a further two penalties without a yellow-card sanction from the officials.

Connacht were then handed another simple penalty when Glasgow were penalised at a scrum and the USA international pushed the lead out to 16-11 with 15 minutes to play.

The drama had still not fully played out and when Adeolokun finished clinically in the corner it looked to be game, set and match. 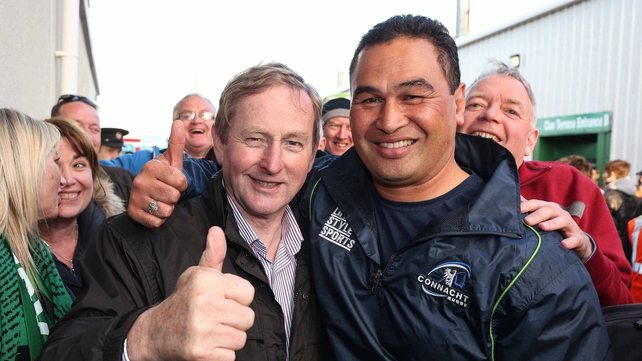 However, the TMO again intervened and Aki was called offside at the start of the move.

In the following passage of play sub Rodney Ah You was sin-binned for a high tackle and Connacht had to play the final seven minutes with 14 men.

But the determination that was evident in the famous win a fortnight ago again came to the fore with Muldoon and his men holding the Warriors, who were bidding to become the first away team in 16 attempts to win a semi-final, at bay. 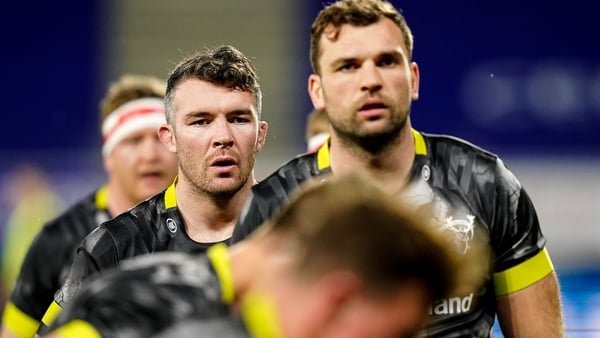