Ulster are unchanged, while Leinster make only one for Friday's Guinness Pro12 play-off match against Leinster at the RDS Arena, kick-off 7.45pm.

For Leinster, Rob Kearney has failed to recover sufficiently from the ankle injury suffered against Treviso meaning Luke Fitzgerald returns to the left wing with Isa Nacewa captaining the side from full back.

Ben Te'o and Garry Ringrose are coach Leo Cullen's centre pairing for the 12th time this season as Te'o starts for his last time in the RDS before his summer move to the Premiership.

Jack McGrath, Richardt Strauss and Mike Ross are once again selected to start in the front row, while behind them Devin Toner and Mick Kearney will start in the second row. Rhys Ruddock, Jordi Murphy and Jamie Heaslip complete the pack. 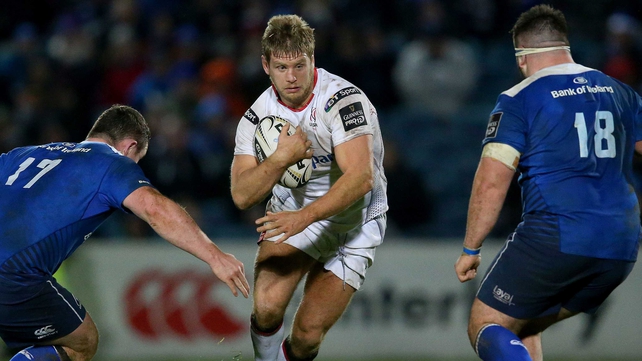 Chris Henry will win his 150th cap for Ulster after being named at openside flanker and will be joined in the back row by Iain Henderson and Sean Reidy.

Ruan Pienaar and Paddy Jackson are again named at half back, with Stuart McCloskey and Luke Marshall due to line up in midfield. Craig Gilroy, Andrew Trimble and Jared Payne are selected in the back three.