Michael Cheika has agreed a two-year extension as Australia coach.

The Australian Rugby Union announced that Cheika has agreed a two-year extension, 18 months before his current deal was due to expire.

It means that 49-year-old former Leinster coach, who led Australia to the World Cup final at Twickenham last October, will be in charge through to the end of 2019.

"I never imagined I would be in the position of coaching Australia, and I feel extremely honoured to have the opportunity to continue on for the next period though to the end of the 2019 World Cup in Japan," said Cheika, in a statement released by the ARU.

"Along with the other members of our team, I will be doing my absolute best to ensure that every game that the Australian rugby team plays between now and then fills the nation with pride and all Australians can watch the Wallabies play in a way that Australians want to see rugby played.

"It is a privilege to be associated with the people involved with our national team, and playing my part in establishing the Wallabies' identity for the years to come and for many years after that."

And ARU chief executive Bill Pulver added: "The performance of the Wallabies at the World Cup put rugby back on the map in a huge way in Australia.

"You cannot understate the influence Michael has had, along with his fine coaching team, in igniting the passion of Australian rugby fans with the way the team performed on and off the field during the tournament." 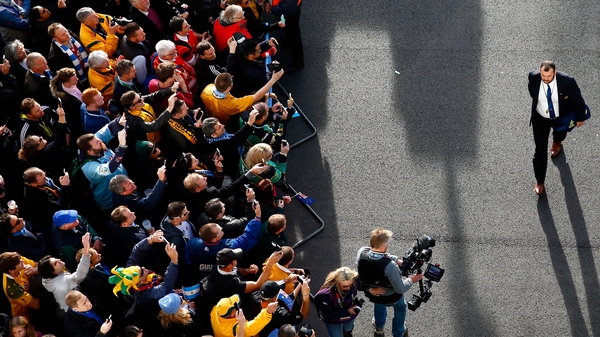