Connacht coach Pat Lam said that a number of his players going to a house to demand the return of a stolen laptop was not the smartest thing to do.

But the Connacht coach, whose side is preparing for their biggest game ever when they take on Pro12 champions Glasgow Warriors in the semi-final of the competition on Saturday, praised his players for sticking up for each other.

The laptop, belonging to Irish international Robbie Henshaw, was stolen from his car outside his house in the Knocknacarra area of Galway.

A side window of the vehicle was smashed and the laptop, which included study notes for the business degree he is undertaking at NUI Galway, was taken.

The laptop was tracked to a house in a nearby estate using a tracking device and several players, including Pro12 Player of the Year Bundee Aki, turned up and demanded its return.

The device was returned by a young man who said he did not know it was stolen when he bought it, and there was a confrontation before gardai arrived.

“It’s good to see that the boys look out for each other on and off the field. It wasn’t a smart thing to do and the boys know that,” said Lam.

The New Zealander, a former captain of Samoa who played in three World Cup tournaments, said he did not want to discuss the issue at length or whether there was a disciplinary issue.

“No, that’s probably all I have got to say on it really. As I said, it was good they look out for each other but it is not a smart thing to do. They know that, the boys know that,” added the Connacht coach. 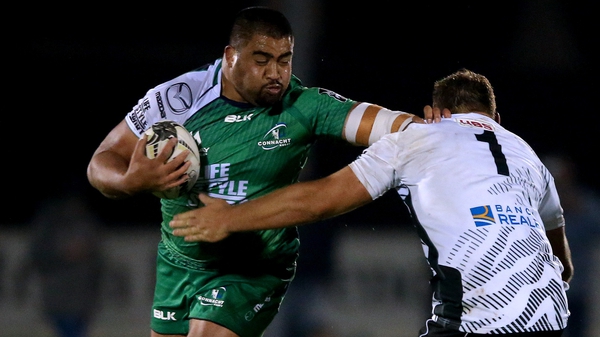 Rodney Ah You and Finlay Bealham available for Connacht