Glasgow Warriors will be without Scottish international Alex Dunbar when they take on Connacht in the Guinness Pro12 semi-final this weekend (Saturday, KO 6.30pm) at the Sportsgrounds.

The powerful centre, who has scored two tries in nine appearances for his club this season, has been ruled out after suffering a knee injury in the 14-7 defeat to Pat Lam’s side in the final game of the regular season.

That win ensured the reigning champions will have to return to Galway to reach this year’s final but Dunbar will not feature after a scan revealed that the 26-year-old sustained a bone injury, though will not require surgery.

"We're disappointed for Alex that his season has been cut short through injury,” head coach Gregor Townsend said.

“He had been playing very well and played a big role in getting us into the play-offs.”

After defeat to Ulster in February, the Warriors embarked on a nine-game winning run – their four victories in April were by way of a winning average of more than 36 points per game – before Connacht lowered their colours at a packed Sportsgrounds.

No side has ever won an away semi-final in the Pro12 but Townsend is confident they will have learned a lot in defeat last time out.

"There's something to be said for that group of players to get that second chance because they have that immediate experience of playing against Connacht,” he said.

"They were very tough, aggressive, tackled well and tried to move the ball early. They did a couple of things in attack and defence we hadn't seen before.” 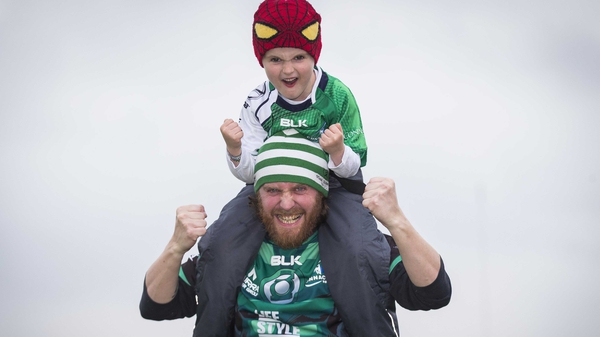