Ronan O’Gara says that Racing Metro must prove their worth domestically after their disappointing12-point defeat to Saracens in the Champions Cup final.

Owen Farrell was the star of the show as he kicked Mark McCall’s side to a 21-9 win in Lyon on a contrasting day for the respective out-halves.

His opposite number Dan Carter was forced to leave the field through injury and the Premiership side powered to victory two years after their own final loss to Toulon.

The Racing Metro skills, kicking and defence coach, who lost the European decider twice with Munster before tasting victory in 2006 and 2008, admits it is a bitter pill to swallow but had no complaints over the outcome.

“It’s sickening. It’s bitterly disappointing because finals are all about winning,” he told RTÉ Sport.

“The better team won so it’s easy to move on. They were better in all departments.”

New Zealand’s World Cup winner Carter departed injured just two minutes into the second half - Racing had already seen his half-back partner Maxime Machenaud go off – and O’Gara admitted that he was touch-and-go whether he would play after picking up an injury in the semi-final defeat of Toulon.

“It was a big risk whether he’d play or not. He was struggling with his calves but a guy with that presence, even with 50 or 60%, you want to give him every opportunity.” 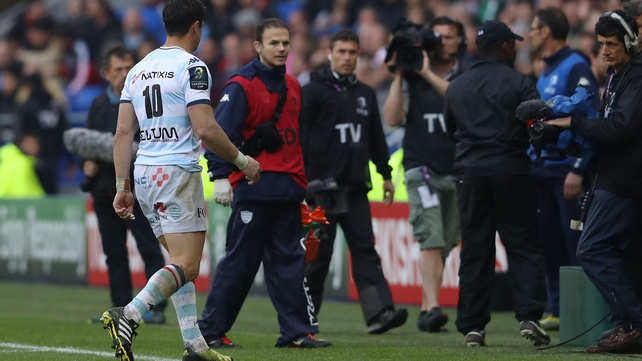 The Cork native described Farrell’s display as “exemplary” and said the attentions will now switch to their domestic form.

Racing currently sit in fourth position in the Top 14 with three games remaining and O’Gara says they must continue the club’s upward trajectory.

“There’s no shame in being the second best team in Europe. Saracens deserve their mantle. If we are to become a very good team we need to back it up in the Top 14.” 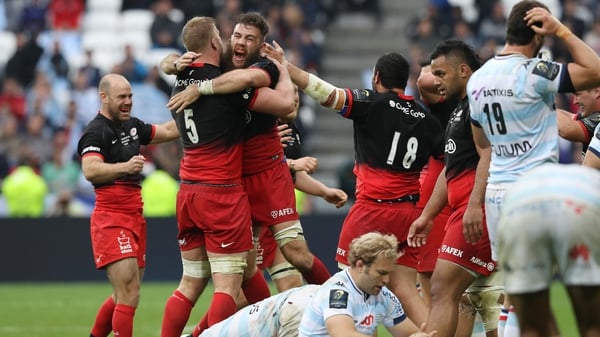