Bundee Aki was crowned the Players' Player of the Year and Pat Lam scooped the Coach of the Year gong as Connacht's outstanding campaign was recognised with the big honours at the Guinness Pro12 end of year awards ceremony.

The inspirational Kiwi centre - who was also been named Connacht’s Player of the Season - has been the heart and soul of the Westerners' march into the play-off semi-finals, defining their swashbuckling defiance of the odds this year.

Lam has been the mastermind behind that journey, and they'll hope to cap a memorable season with victory over Glasgow Warriors in two weeks' time and a place in the Murrayfield final against either Leinster or Ulster.

In another coup for the province, captain John Muldoon was presented the prestigious Chairman's Award by Welsh rugby legend and Pro12 chairman Gerald Davies.

Fans voted Glasgow Warriors' Tommy Seymour the victor of 'Sky Sports Try of the Season'. The Scottish international polled 28.5% of the vote for his effort against Ulster and pipped Craig Gilroy (Ulster v Treviso) and Aki (Munster v Connacht) to the title.

Connacht dominated the team of the season selection, with seven of their players making the XV.

The focus now turns to those play-off showdowns, with Leinster and Ulster doing battle under the Friday night lights on 20 May, and Connacht facing off with Glasgow the following evening. 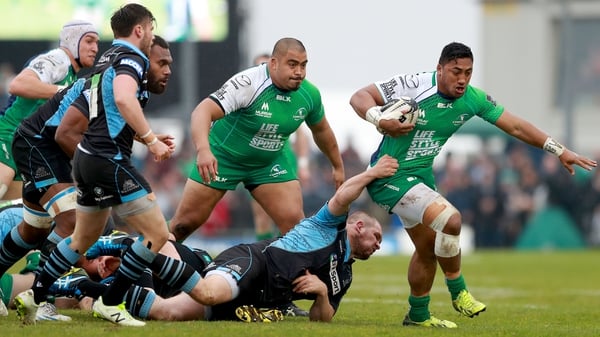