Dave Kearney will make his 100th appearance for Leinster in their Pro12 derby clash with Ulster at Kingspan Stadium on Saturday afternoon (3pm).

He starts on the left wing in a back three with his brother, Rob, and Isa Nacewa, who captains the side.

Ben Te'o switches to inside centre for the trip to Belfast, with Garry Ringrose back in the starting XV at outside centre.

Johnny Sexton also returns to start for the first time since his 16-point haul against Munster in Aviva Stadium. Luke McGrath, who scored his fifth try of the season last time out against Edinburgh, starts at scrum-half to complete the half-back pairing.

Jamie Heaslip returns to make his sixth Guinness PRO12 start of the season in the back row, alongside Rhys Ruddock and Josh van der Flier.

Devin Toner and Hayden Triggs are swapped into the second row in place of Ross Molony and Mick Kearney, with the latter named on the bench.

Richardt Strauss is retained in the front row, with Jack McGrath coming in to replace Cian Healy and Tadhg Furlong starting in place of Mike Ross, who is among the replacements. 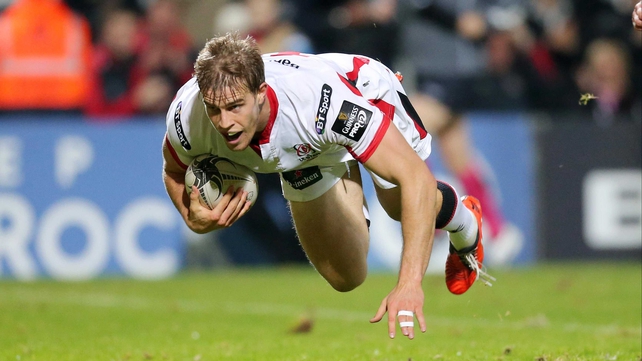 Ireland internationals Andrew Trimble [above], Stuart McCloskey and Chris Henry come back in for Ulster after their 47-17 slaying of Zebre 17-47 last time out.

The front row is unchanged with captain Rory Best packing down alongside Callum Black and Ricky Lutton, who will also reach a milestone as he makes his 50th appearance for the province. Franco van der Merwe and Pete Browne continue their hugely effective second-row partnership.

Henry's inclusion results in Sean Reidy moving to occupy the number 8 jersey, while Iain Henderson will retain his position at blindside flanker.

Ruan Pienaar and Paddy Jackson will start together at half back for the sixth consecutive game. McCloskey will resume his partnership with Luke Marshall in midfield after missing the win over Zebre because of a shoulder injury.

Trimble, who also missed that trip to Parma, will take his place on the right wing and will be joined in the back three by Craig Gilroy and Jared Payne.

The backline trio of Paul Marshall, Stuart Olding and Darren Cave will give Kiss plenty of attacking options off the bench. 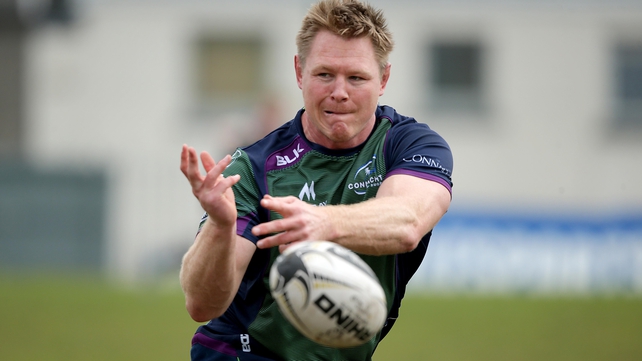 Connacht coach Pat Lam has overhauled his side for the clash against rock-bottom Benetton Treviso in Italy on Friday evening (6.30pm).

Lam’s Westerners are almost unrecognisable from the side which accounted for Munster 12 days ago, with 10 personnel changes implemented.

Jack Carty and Tiernan O'Halloran both return from injury to start in a back line that also includes wing Fionn Carr and scrum-half John Cooney.

Rory Parata is named to start in an academy midfield partnership with Peter Robb.

Up front, props Ronan Loughney and Rodney Ah You start in the front row with hooker Tom McCartney [above], who captains the side for the second time this season.

Quinn Roux and Andrew Browne make up a new second row partnership, while the back row is also altered, with the return of openside flanker Jake Heenan from injury. Eoin McKeon shifts to number eight, with John Muldoon named on the bench.

Caolin Blade and the fit-again AJ MacGinty are included amongst the replacement backs, alongside Ireland international Robbie Henshaw. 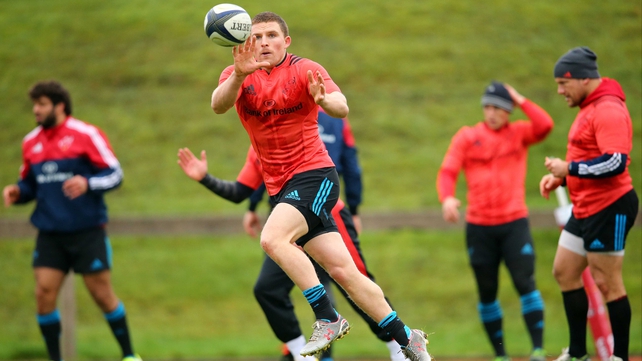 Four changes have been made to the pack, with Dave Kilcoyne, Niall Scannell, Dave Foley and Dave O’Callaghan all retuning to the starting line-up.

Kilcoyne and Scannell join Stephen Archer in the front row, while Foley has overcome an ankle injury to partner Billy Holland in the second row. Blindside flanker O’Callaghan has recovered from his bruised knee to start in a move that sees captain CJ Stander revert to number eight. 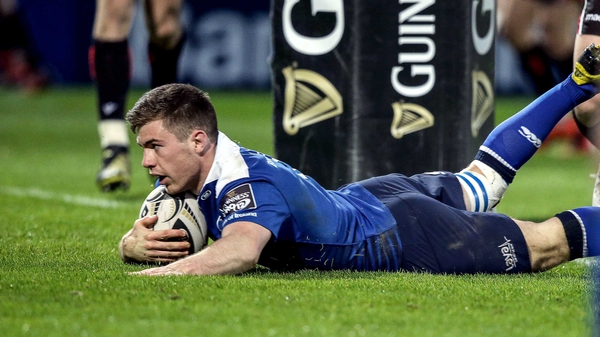