Harlequins prop Joe Marler and Saracens fly-half Owen Farrell are both free to play in their clubs' respective European finals after receiving two-week suspensions on Wednesday.

Both players were found guilty of foul play in their semi-finals and could have been ruled out of next month's showpiece events.

England prop Marler accepted he had committed an act of foul play but a European Professional Club Rugby disciplinary hearing in London on Wednesday determined his offence was at the lower end of the scale and reduced Marler's suspension accordingly.

Farrell did not accept he was guilty of foul play but the charge was upheld.

Both players will miss their clubs' final two Premiership games.

Farrell, however, will be able to line up for Saracens against Racing at the Grand Stade de Lyon on May 14, while Marler will be available for the 13 May Challenge Cup final against Montpellier at the same stadium the previous day. 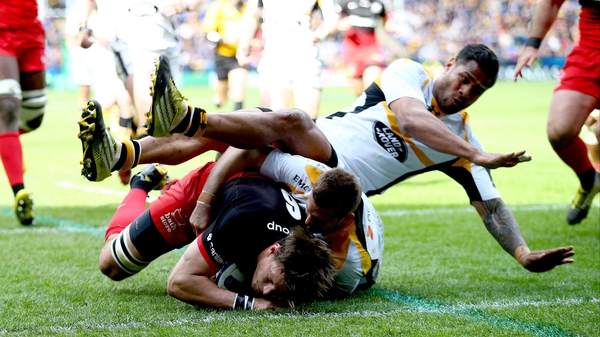