Paddy Jackson will make his 100th appearance for Ulster in their Pro12 clash with Glasgow Warriors on Friday night (7.35pm).

Jackson will continue his halfback partnership with Ruan Pienaar as Les Kiss's men look to plunder the spoils from Scotstoun Stadium.

Kiss has made five changes to the team that hammered Zebre three weeks ago.

Captain Rob Herring is joined in the front row by Callum Black, who replaces Kyle McCall at loosehead prop, and Ricky Lutton is named at tighthead.

Alan O'Connor returns from injury, to replaces Pete Browne in the second row, partnering Franco van der Merwe. Iain Henderson comes back into the starting line-up having been out since December with a hamstring injury. He is joined in the back row by Chris Henry and Nick Williams.

Positional switches result in a new-look backline, with Stuart Olding moving from the centre to fullback and Craig Gilroy returning to the right wing.

Edinburgh-bound Rory Scholes moves to the left flank in place of Jacob Stockdale, who is on a down week following his involvement with the Ireland U20 Six Nations campaign.

Stuart McCloskey, who made his debut for Ireland against England during the Six Nations, replaces Stuart Olding at inside centre, Luke Marshall completes the midfield partnership. 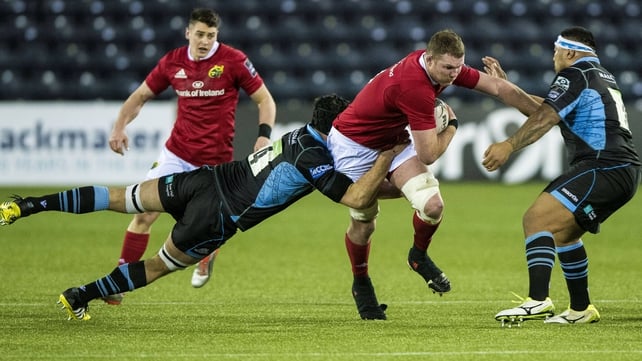 All of Anthony Foley's starting XV are products of the Academy as he rings the changes for Munster's Pro12 meeting with Zebre at Thomond Park on Friday night (7.0pm).

In an all-new front row, Dave Kilcoyne and Stephen Archer start on either side of Niall Scannell with Archer making his first start since returning from a long-term neck injury.

Donnacha Ryan comes into the second row and will make his 100th league appearance when partnering Billy Holland who again captains the side.

O'Donnell is the one change in the back row, with Dave O'Callaghan and Jack O'Donoghue reverting to blindside and number 8 respectively.

Changes in the half-backs see Tomás O'Leary and Johnny Holland start alongside each other for the first time. Holland is back in action after a long-term hamstring injury.

In midfield the returning Earls joins Rory Scannell, while Zebo slips into full-back with Ronan O'Mahony and Darren Sweetnam again completing the back-three.

Francis Saili sustained a knock to the shoulder in training this week, ruling him out of contention for tomorrow night's game. The centre is expected to return to training next week. 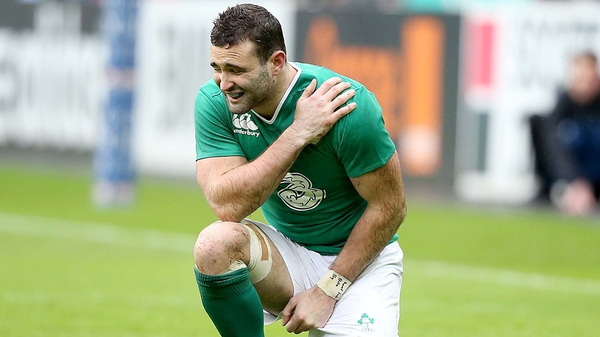