The 25-year-old joined Connacht initially on a loan deal from Leinster for the 2014/15 season before officially signing on for the current campaign.

He has played 19 games and scored four tries for the province.

His game time has been limited at the Sportsground since an injury in November that required shoulder surgery. However, the young half back is expected to make a return to match fitness in the coming weeks.

Cooney has represented Ireland at Under-20 and U18's level and was part of the Emerging Ireland squad for the 2015 summer tour to Tbilisi.

Head Coach Pat Lam said: "If we are going to be playing Champions Cup rugby next season it is vital we have quality depth and competition in key positions such as scrumhalf.

“I'm really pleased that John has committed to not only compete but also continue to grow his game with us at Connacht Rugby.

"John is an extremely hard working individual and we have a lot of belief in his ability so we're delighted that he has signed on for another season."

Cooney added: "Although it's been a frustrating few months with my injury, I'm really happy to have my future secured with Connacht for next season.

“I was really enjoying my rugby at the start of the season and I'm looking forward to pushing on now following my rehab. I am determined to push for a place in the team for what will be some really tough games and an exciting finish to the season." 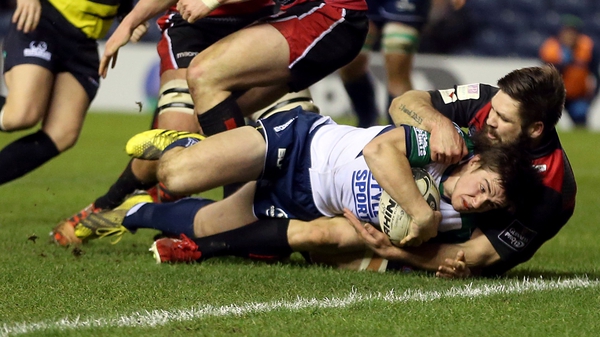