Connacht do not know where Robbie Henshaw will be playing his rugby next season, with coach Pat Lam confirming this afternoon that the Irish centre has not told them where he is moving to.

Lam said that the 22-year-old told them last week that he would not be renewing his contract and would be moving on at the end of this season.

But while the Irish star is expected to join Leinster, he has not disclosed to Connacht where he will be going.

“No idea,” said Lam, when asked where Henshaw was moving to. “He won’t be here. That’s his decision. We are not involved in that.

"The main one is, the negotiation took place with Robbie’s team with Willie Ruane [Connacht CEO] for us, and with the IRFU. So again that’s totally Robbie’s call.

“All of us, we got told last week. We were informed and then Willie [Ruane] let all of the staff, all of the players everyone knew before it all came out. The whole process was nice and clean.”

Lam, whose side are enjoying their best ever season in the professional era, said that while Henshaw’s decision was disappointing, it was part and parcel of the sport.

“It’s disappointing and but it’s the nature of professional rugby. Everything we do is around the collective. Robbie is part of the 2015-16 team.

“And everything we are doing this year, and the years previous, it’s all about the collective as we go through,” added Lam. 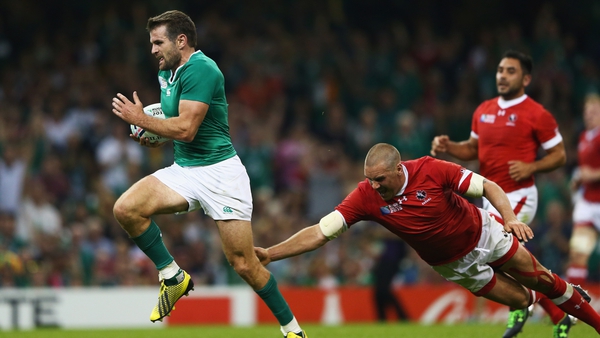