Sammy Arnold will make the switch to Munster on a two-year deal this summer, Ulster Rugby have confirmed.

Arnold has lined out on 11 times for Ulster in total, the most recent of which was the Champions Cup win away to Oyonnax last month.

He made his PRO12 debut as an 18-year-old against Newport Gwent Dragons at Rodney Parade in March 2015.

The 19-year-old centre, who hails from England and is a product of the Ireland Exiles, has represented Ireland at U20 level.

Arnold said: "It was a difficult decision to leave but given Ulster's depth of talent in midfield, I feel it's the right time for me to make the move.

“I would like to thank Ulster Rugby for its support and investment in helping me to develop my game and I'm determined to finish the season well.”

Director of Rugby Les Kiss, said: "We are disappointed to lose a player of Sammy's talent but we fully understand his position. He is an ambitious young man who wants to gain as much game time as possible, but with our current stocks at centre, we are unable to guarantee him a regular starting position."

"The age profile of some of our other young centres such as Stuart Olding (22), Stuart McCloskey (23) and Luke Marshall (24), along with the presence of experienced international players like Darren Cave and Jared Payne, has contributed to his decision.

"Everyone at Ulster wishes Sammy well with Munster over the next couple of seasons but in the mean time we're sure that he will continue to contribute positively to the squad during the current campaign.”

Academy lock McCarthy is the third up-and-coming player to advance to the senior squad next season, joining academy colleagues Rory Scannell and David Johnston in gaining promotion to the senior ranks. 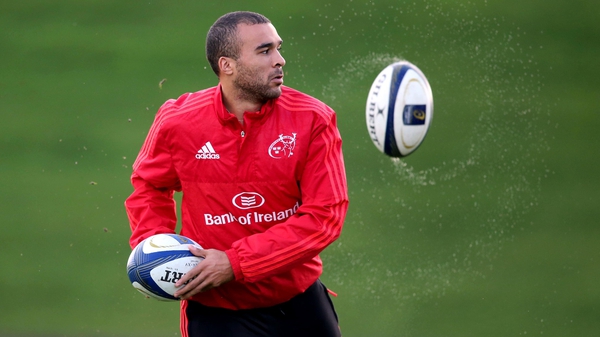