Pat Lam says got the “response” he wanted as Connacht booked a Challenge Cup quarter-final date with Grenoble.

The westerners hammered Enisei 47-5 at the Sportsground, while Newcastle Falcons’ win over Brive meant Connacht finished top of Pool 1 and are through to an April clash away to Bernard Jackman’s side, who topped Pool 5.

“I really wanted a response and we did it on the basis of understanding how to win,” Lam told RTÉ Sport after making amends for the previous week's loss to Brive.

“Conditions weren’t great but we played some very good rugby, we put them under a lot of pressure.”

“Conditions weren’t great but we played some very good rugby"

Lam, who welcomed back Ireland centre Robbie Henshaw after a hand injury that kept him sidelined since late November, added that the team can now focus on the Guinness Pro12.

“We scored some great tries and we’ve done that throughout the season," he said.

“We had a bit of a dry patch there, not from not creating things but from not finishing things off. That will give the boys a lot of confidence going into next week.

“We can now park this and by the time it comes back it should be nice conditions, harder grounds, which certainly suits us.

“We can leave this competition now and put our full attention into the Pro12, beginning with Scarlets next week.” 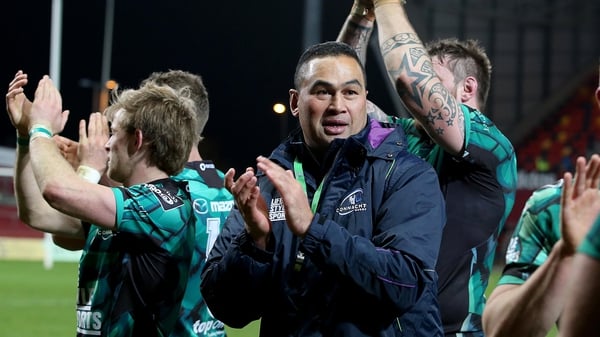