England head coach Eddie Jones wants to hear his players complaining over the coming weeks knowing that it means his methods are having the desired effect.

Jones has named his Elite Player Squad for the RBS 6 Nations with Dylan Hartley and Chris Ashton restored to the fold, while Tom Youngs, Tom Wood and Brad Barritt are among the big-name omissions.

England open their Championship against Scotland at Murrayfield on 6 February and Jones plans to break the cycle of insanity that he believes has been evident since the World Cup triumph in 2003.

"We have to create an environment in the team that dictates the players want to be absolutely fanatical about wanting to be in a winning England team," Jones said.

"I have been employed by England, not to be the saviour of English rugby. My job is to create a winning English rugby team.

"That's what I have to do and that is what I am going to do. If players don't want to be part of that they don't have to be. The players have a choice, if they don't want to work hard they won't be there.

"It's going to take more than what they have ever done in their lives to create a wining England team, that's the reality of it. Because otherwise it would have happened by now.

"Something has to change. It's the old definition of insanity. Someone expecting different people to do the same thing over and over again hoping to get different results.

"It doesn't happen. If we do the same as what we have done since 2003 then we will get the same results.

"I have coached for 20 years and the number of players I have found that don't want to do it are absolutely minimal. You will find players that complain about it. I have no doubt that in the first couple of weeks there will be complaints coming out. I will be happy if that happens, because then I will know we are getting change.

"I think that the players are going to find it difficult, because sometimes if you play in the Premiership here and you do well then you get selected for England and you are quite comfortable. We have to make the players a little bit uncomfortable." 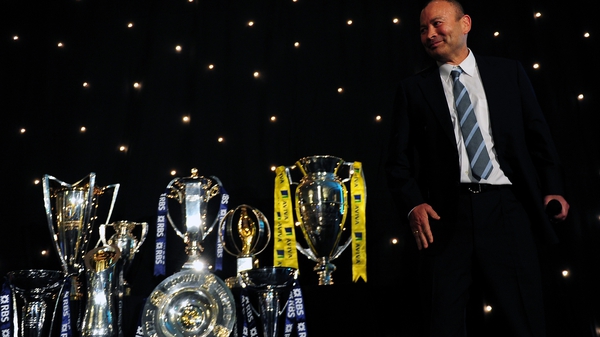