Wing Dave Kearney scored two tries as Leinster made it seven straight Guinness PRO12 wins with a hard-fought 22-9 victory over Ospreys at a rain-drenched Liberty Stadium.

The win, Leinster's first in Swansea since 2009, saw the Irish side go back to the top of the table as replacement Noel Reid also crossed to go with Kearney's brace and Johnny Sexton kicked a penalty and two conversions.

There were concerns for both Leinster and Ireland, though, with Jamie Heaslip and Luke Fitzgerald going off with head and shoulder injuries respectively.

Ospreys, who had won their previous five Pro12 games, missed out on a losing bonus point with their scores coming from the boot of fly-half Dan Biggar with two penalties and a drop goal. 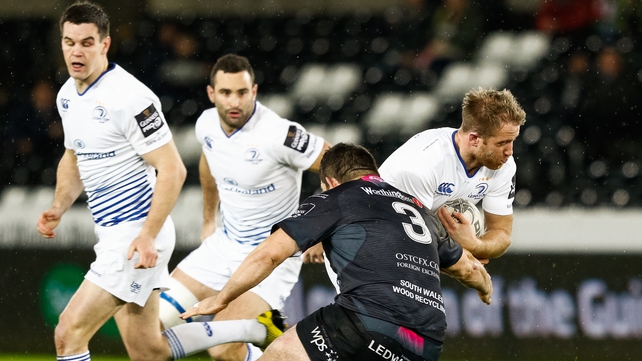 Biggar had returned to the starting line-up to set up a mouthwatering duel with opposite number Sexton, but his fellow Wales internationals Alun Wyn Jones and Justin Tipuric were named on the bench.

Isa Nacewa captained Leinster, replacing the banned Fergus McFadden in a side showing six changes - including the return of Sean O'Brien and Heaslip - from the win over Connacht.

Leinster just about edged the first half to lead 10-6 at the break, but it was far from comfortable and after going through 20 phases at the start of the match the visitors failed to get any change out of the home team's solid defence.

And it was Ospreys who broke the deadlock when Biggar fired over a drop goal from 30 metres.

Leinster's cause was not helped by the loss of Heaslip after a clash of heads but their kicking game was always a threat to Ospreys and it was a cross-kick from Sexton that led to the game's opening try.

Sexton picked out Kearney and he outsmarted Jeff Hassler and replacement Sam Davies to get over the line.

Sexton converted to give his side a 7-3 lead after 18 minutes. 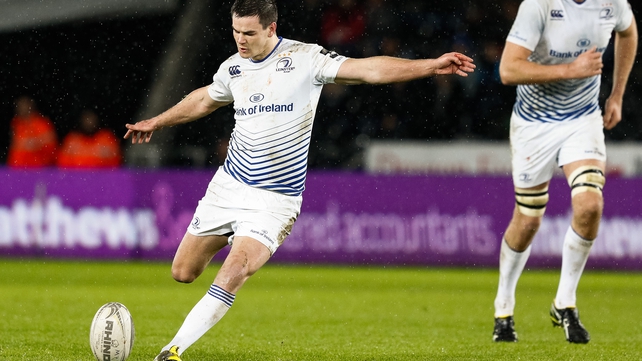 Bigger reduced the deficit to one point with a 24th-minute penalty after Rhys Ruddock was caught collapsing a maul following a fine break by Ospreys centre Owen Watkin, but Sexton restored his side's advantage three minutes later after Brendon Leonard had infringed at a ruck.

Biggar had a chance in the last minute of the first half to make it a one-point game again at the interval, but he missed his 45-metre penalty.

Biggar spurned another attempt in the second half but soon after slotted over a closer attempt to make it 10-9 and gave the Welsh side hope of continuing their winning run.

But despite increasingly wet conditions Leinster scored a fine try to put space between the two teams, created by centre Ben Te'o and finished off by Reid.

Sexton's conversion rebounded off an upright to keep Ospreys within losing-bonus-point range, but that was taken away from the hosts when Kearney slid in for his second try, converted by Sexton, three minutes from the end. 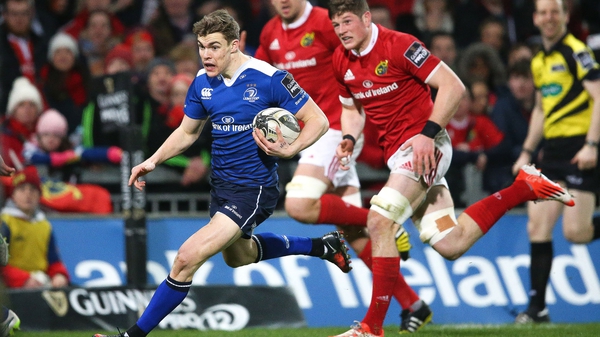