New defence coach Andy Farrell can help fill the void in the Ireland set-up after the retirement of Paul O’Connell, according to former out-half Ronan O’Gara.

An ex-assistant coach with England and the Lions, Farrell was a surprise appointment to replace Les Kiss in Joe Schmidt’s backroom team.

But Racing Metro coach O’Gara believes that the ex-rugby league player has what it takes to make a difference, especially in the aftermath of O'Connell's exit.

He told RTÉ 2fm’s Game On: "It'll be great in the fact that with Paul O'Connell going, he has presence and he's a hard nut, he'll intimidate people and he'll intimidate opposing teams and I think people will buy into what he believes in.

"From Irish players’ point of view, I think it's a great coup for them because I think as a player as that level, everyone gets doubts and someone like that will leave you with no doubts – he’ll fill you with confidence.

"It's a masterstroke from the union"

"I've only played against him, Munster against Saracens. I don't know much about his philosophy or what his beliefs are but he's a born winner, he's a competitor.

"He'll have set goals for the team and I think he'll get a huge amount out of the 23-28-year-olds and that is a crucial point for people to be peaking at on the international stage.

"It's a masterstroke from the union. I was shocked to hear he was 40, he's been coaching a long time.

"I think he started playing league when he was 16 and he put a lot into both his careers and now his coaching career with England, Lions, Ireland... he's very much competing at the elite level.

"He must be excellent."

Farrell will take up the role after the Six Nations finishes on 19 March. 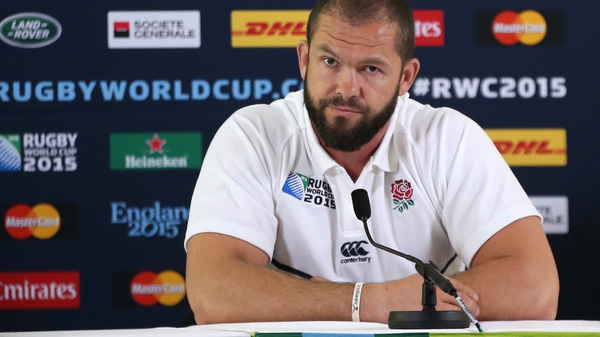