Iain Henderson has been ruled out of Ireland’s upcoming Six Nations campaign due to a hamstring injury.

The Ulster forward picked up the injury in December and has now been ruled out for the remainder of the season.

Head coach Neil Doak confirmed Henderson’s absence yesterday saying: “It looks like Iain will be out for the remainder of the season. It’s unfortunate, but that’s the way it is.” 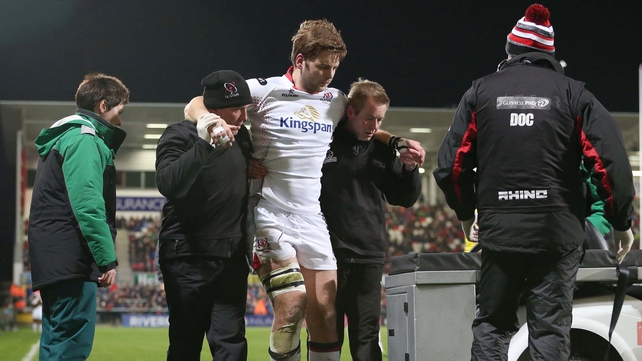 Meanwhile, Henderson’s Ulster team-mate Tommy Bowe confirmed that his slim Six Nations hopes for this year are definitely over, as he continues his rehabilitation from a knee ligament injury picked up at the World Cup.

"Unfortunately it's a slow process and to rule yourself out of the Six Nations is disappointing," said Bowe.

"I have to concentrate on getting myself back to where I was and there's no point in rushing it.

"To be back by the start of February is unlikely but I'm still pretty positive I can add something to Ulster's season."