A string of injuries has rubbed salt into Munster wounds as they count the cost of Sunday's bruising Pro12 defeat to Leinster.

Anthony Foley's squad met in Limerick on Tuesday as they begin preparations for the weekend trip to Ulster, and the treatment table was creaking with the weight of several key players nursing knocks and bruises.

James Cronin, who picked up an ankle injury in the opening 20 minutes on Sunday, will have a scan in Cork today and is definitely out of the Kingspan Stadium clash.

It’s more positive for Keith Earls, who suffered a neck injury. He’s been given the all-clear after an x-ray and will be monitored throughout the week.

Conor Murray failed a late fitness test for the Leinster game due to a hip problem but should be in line for return this week.

BJ Botha should also shake off his flu, while Donnacha Ryan will undergo a scan today on the knee he damaged in the derby.

Leinster rose to third in the table after their 24-7 victory over their old foes thanks to tries from Isa Nacewa, Jack McGrath and Zane Kirchner.

It was Munster's fifth straight defeat as they slipped to sixth, and Foley will be looking for a big response for the difficult trip north. 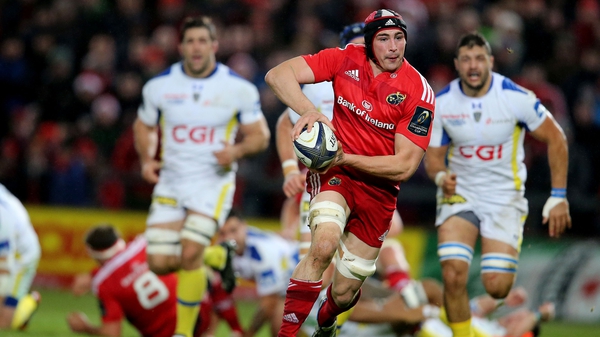 Tommy O'Donnell back as Leinster and Munster name teams