Munster captain Denis Hurley has insisted Munster will bring a different edge to their Champions Cup collision with Leicester Tigers next weekend after they slipped to a 22-6 Pro12 defeat to Newport Gwent Dragons at Rodney Parade.

It was Munster's second league loss on the bounce following the 18-12 home defeat to Connacht last week, and Hurley acknowledged they need to learn quickly from their mistakes if they are to get back on track both domestically and in Europe.

“After last weekend, we’d spoken a lot during the week about how tough a fixture Dragons away was going to be but also it was a great opportunity to get back into the flow of what we do well," Hurley told RTÉ Sport.

"We were 6-6 at half-time but we’d two opportunities over the try line that were disallowed  On another night they would have been tries and one alone would have out us ahead and broken the deadlock a wee bit.

"I think we were a little bit naive in the second half and gave away a few penalties in front of the posts. For the last 10-15 minutes we were chasing the game a little bit. It’s not the performance we wanted to have. It's a disappointing loss.

"We know how tough a fixture it’s going to be and this we've learned a lot of lessons again this weekend. It's how we use it really. I think we know we need to respond now. In Europe there's going to be a different edge to us and hopefully we’ll bring it out."

With Munster second in Pool 4 behind Leicester, having played a game less, and third in the Pro12, Hurley has urged his team-mates to step up to the plate in a hectic period of games to get their campaign back on the right track.

"There's a few fresh bodies who weren't involved this evening and hopefully they'll have that bit of energy ready to go for next weekend.

"It’s going to be a tough week ahead but we’ve got look to forward to it as well. Europe is what it is, it's always a great competition to be playing in." 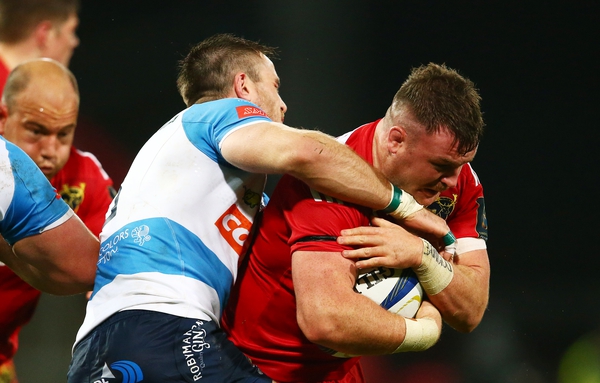