Head coach Anthony Foley has made ten changes to the Munster side that lost to Connacht for Sunday's clash at Newport-Gwent Dragons in the Pro12, kick-off 2.30pm.

Denis Hurley is named as captain, while Niall and Rory Scannell will become the first brothers to start together for Munster in the League.

Niall Scannell remains at hooker with Dave Kilcoyne and John Ryan returning to the front row, while Dave Foley resumes his partnership with Mark Chisholm in the second row.

Two changes in the back row see blindside flanker Shane Buckley make his first start of the season, with Dave O'Callaghan returning at openside and Robin Copeland remaining in situ at number 8.

Tomás O'Leary continues at scrum-half and the selection of Rory Scannell at 10 for the first time in the current campaign completes an all-Dolphin RFC half-back pairing.

Scannell is one of two academy players included for this weekend's encounter with David Johnston starting alongside captain Denis Hurley for the second time this season.

Simon Zebo and Ronan O'Mahony return to the back-three on the left and right wing respectively with Lucas Gonzalez Amorosino switching to full-back.

Having successfully rehabbed a quad strain, Tyler Bleyendaal is named on the bench.

On the injury front, the medical team reported positive results after Francis Saili's scan for a calf strain this week and the centre is expected to return to training next week, while BJ Botha continues to follow return to play protocols after sustaining a concussion against Connacht last Saturday.

Both Andrew Conway and Jack O'Donoghue were not available for selection due to illness as Conor Murray and Donnacha Ryan both manage respective foot and rib injuries. 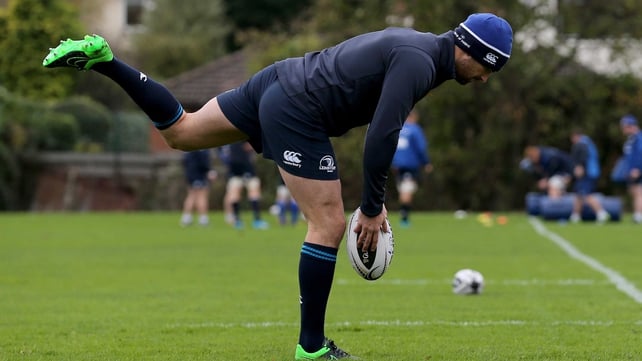 Rob Kearney has been passed fit to start for Leinster as they take on Glasgow Warriors in their clash at Scotstoun, kick-off 3.00pm.

Head coach Leo Cullen has made eight changes to the XV that started last weekend's 8-3 win over Ulster with a further two positional changes in the backs.

Kearney failed a late fitness test last week and didn't start with Isa Nacewa filling in for the 67-times Irish capped full back.

Zane Kirchner is again selected on the right wing with Dave Kearney coming in on the left.

Last week's man of the match Luke Fitzgerald moves from the left wing to inside centre for his 145th Leinster cap. Ben Te'o will line up alongside him at 13.

In the half-backs, Ian Madigan shifts from the centre to number 10, with Eoin Reddan starting at scrumhalf in his 125th appearance in blue. Reddan came on after 31 minutes against Ulster for the injured Luke McGrath.

Cullen has called up three Irish capped front rowers in Cian Healy, Richardt Strauss and Marty Moore, while Tom Denton comes in to partner Mike McCarthy in the second row.

Rhys Ruddock and Josh van der Flier will start at blind side and open side respectively, while Jordi Murphy comes in at the base of the scrum.

Rudock will also captain the team for the first time this season as he closes in on 100 caps for the province. 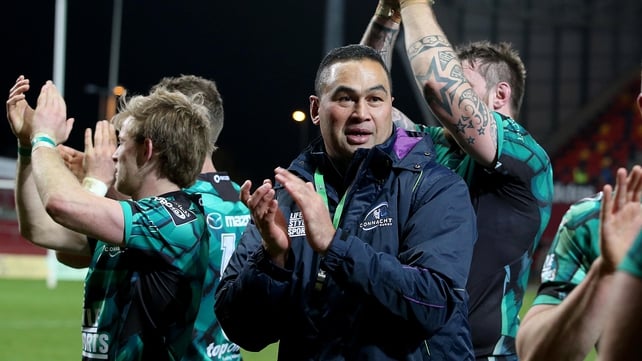 Pat Lam has made eight changes to the Connacht team that earned a famous win at Thomond Park last week as he looks to freshen up his battered and bruised squad.

Darragh Leader comes on to the right wing for his 50th Connacht appearance while Tiernan O'Halloran shifts to fullback for the trip to Cardiff Blues on Friday night (7.05pm). Jack Carty is named at out-half and scrum-half Ian Porter earns his first Pro12 start of the season.

There is a new front row with the introduction of Ronan Loughney, Dave Heffernan and Rodney Ah You while Quinn Roux returns from injury to partner Aly Muldowney in the second row.

Captain John Muldoon becomes the first player to break the 200-cap barrier in the Pro12 when he leads the side out in the Welsh capital. The Galway man, who turned 33 on Monday, is named in the back row with Academy flanker James Connolly and the returning Number 8 Eoin McKeon.

Both Jason Harris-Wright and Conan O'Donnell are named among the front-row replacements. Academy backs Peter Robb and Rory Parata are also named on the bench, the former in line to make his Pro12 debut, having started in the centre against Enisei-STM last month.

"Cardiff has been a difficult fixture for us the past few seasons and they are very tough to beat at home," said Lam. "They have some quality, experienced players in their squad and they will view this game as a chance to get back to winning ways.

"We know we will have to be at our best and fully focused as a team to get the four points on offer in another vital Pro12 game, before attention switches to Europe." 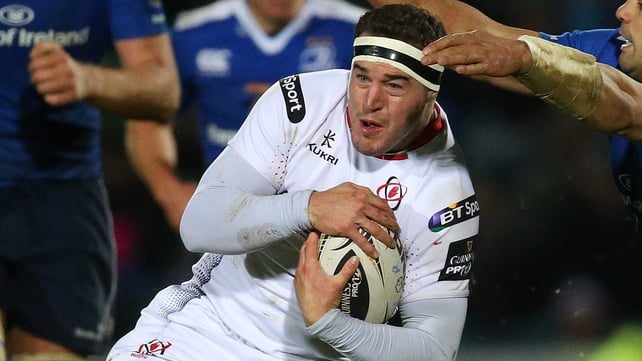 Rob Herring, fresh from signing a two-year contract extension, will take the armband for Ulster's Pro12 clash with Edinburgh on Friday night (7.35pm).

Herring will replace Rory Best as hooker and captain for the collision, as director of rugby Les Kiss continues to manage his playing resources.

The 25-year-old is joined in the front row by Ricky Lutton, who will make his first start of the campaign, and Kyle McCall.

Franco van der Merwe and Roger Wilson return to the side at lock and number 8 respectively, while Ireland internationals Dan Tuohy, Chris Henry and Iain Henderson make up the rest of the pack.

Luke Marshall is given an opportunity in midfield beside Darren Cave, with Rory Scholes due to start in a back three that also features Andrew Trimble and Peter Nelson.

Ruan Pienaar, who won his 100th Ulster cap last weekend against Leinster, will continue at halfback alongside Paddy Jackson.

Second row Alan O'Connor could make his first appearance of the season after being included on the bench. John Andrew, Andy Warwick and Wiehahn Herbst will provide front row cover, with Nick Williams named as the other forward replacement.

Edinburgh head coach Alan Solomons is braced for a testing night in Belfast. "Ulster at the Kingspan in front of a home crowd will be a tough ask, without a doubt, and we have to make sure that we are at our best," he said.

"This will be a real test for the team, and especially for our strength in depth, bearing in mind our heavy injury toll.” 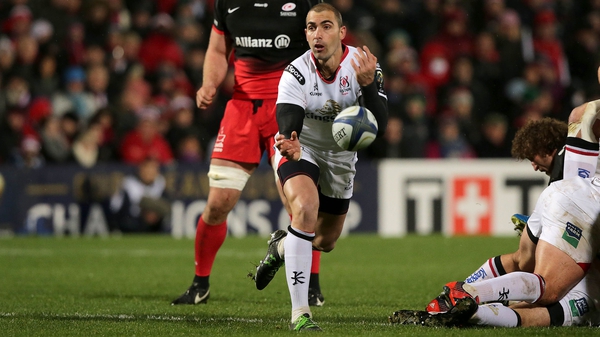