Anthony Foley and Pat Lam have rung the changes for the top-of-the-table Pro12 collision between Munster and Connacht at Thomond Park on Saturday evening (5.15pm).

The Reds signed the Argentinian international full-back on a short-term contract in October. He he made 12 appearances for Cardiff Blues last season, and previously played for Top 14 sides Oyannax and Montpellier, as well as Premiership team Leicester Tigers.

Foley has made six changes in total to the side that beat Treviso in the Champions Cup for Saturday's return to Pro12 action. 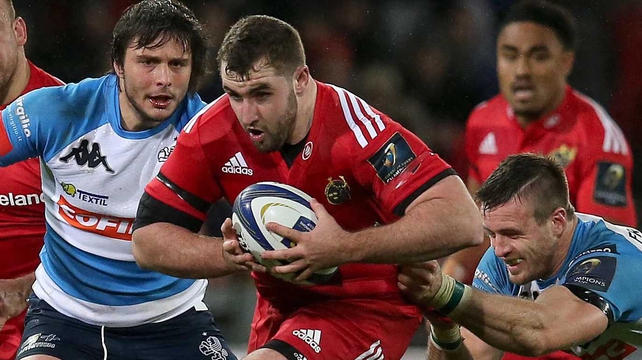 James Cronin will win his 50th Munster cap with Niall Scannell making his first Pro12 start of the season at hooker, while BJ Botha continues at tighthead.

Donnacha Ryan again partners Mark Chisholm in an unchanged second row, while in the back row the return of Robin Copeland at No 8 sees captain CJ Stander switch to No 6 with Jack O'Donoghue remaining at No 7.

Tomás O'Leary comes in to partner Ian Keatley in the half-backs and a positional change for Keith Earls sees him move into midfield alongside Francis Saili, who switches to the inside channel.

In the back three Amorosino and the returning Gerhard van den Heever start on the left and right wing respectively, and Andrew Conway will make his fifth start at full-back this season.

Lam has made no less than nine changes to the Connacht side that slayed Brive in the Challenge Cup last week.

USA international outhalf AJ MacGinty is named in the number 10 shirt for his first Pro12 start. The 25-year-old is joined at half-back by Ireland international Kieran Marmion, who this week signed a new two-year deal with the province.

Matt Healy returns from injury to take his place on the left wing while Galway man Tiernan O'Halloran is named on the right in a shift that sees Robbie Henshaw start at full-back for the second time this season.

Craig Ronaldson is promoted from the bench to line out in a midfield partnership with the only player to have started every game this season, Bundee Aki. 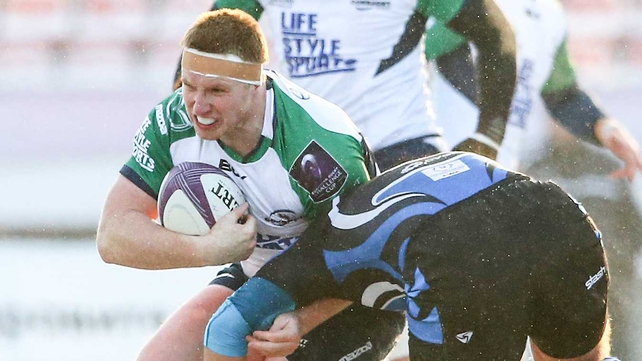 In the pack, only two players, Nathan White and Eoghan Masterson, are recalled from last week. Denis Buckley and Academy hooker Shane Delahunt form the front row with White while Ultan Dillane and Aly Muldowney start together in the second row for the second time this season.

John Muldoon returns to captain the side in a back row with Masterson at Number 8 and Academy flanker James Connolly who will make his Pro12 debut in Limerick, having made four European appearances to date.

"Injuries withstanding, we've picked this team based on the weather expected tomorrow as well as the game plan we have in place to try and deal with Munster's strengths," said Lam.

"We have a long list of casualties but as I've said before, it's up to the next guy to come in and do the job.

"We are under no illusion as to the task at hand tomorrow. Axel (Anthony Foley) has done a great job moulding and building a tough and resilient Munster side over the last two years.

"Our team work and work ethic on and off the ball will need to be at its best to give us a chance to get the four points on offer." 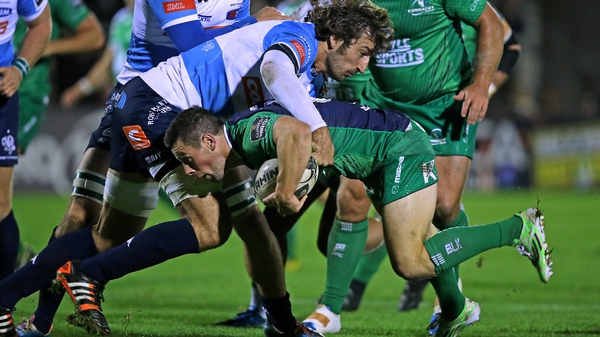