Lomu had suffered from kidney disease for two decades and had a transplant in 2004 but former All Blacks doctor John Mayhew said his death was a complete shock.

"Through his sheer brilliance and love of the game, he brought much joy to the rugby family."

"It was totally unexpected," Mayhew said. "Jonah and his family arrived back from the United Kingdom last night and he suddenly died this morning."

Lomu, who was awaiting another transplant and undergoing dialysis treatment, had undertaken commercial obligations at the recent Rugby World Cup in England, won by New Zealand.

His death took the rugby-mad country by surprise and triggered a flood of messages of condolence from around the world.

New Zealand's parliament expressed their sorrow before they began proceedings on Wednesday.

"Anyone who was living in New Zealand in the 1990s would not have failed to notice the massive impact Jonah Lomu had not only on sports fans but the wider community in this country," Sports Minister Jonathan Coleman said.

"He was a man who came from humble beginnings in Mangere, South Auckland and rose to become rugby's first global superstar." 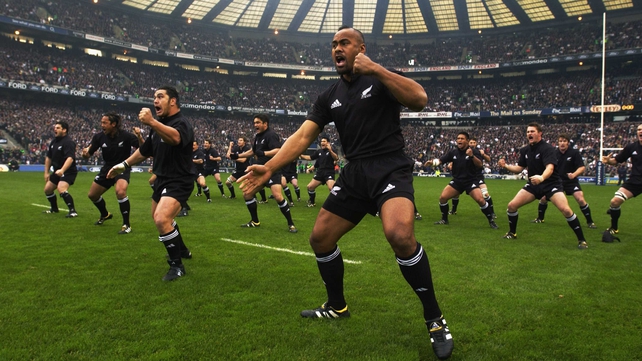 "He was the first superstar player and, through his sheer brilliance and love of the game, he brought much joy to the rugby family and took our sport to a new level of profile."

Lomu's record of 37 tries in 63 tests was an impressive haul, all the more so considering he played much of his career with nephritic syndrome, the disease that attacked his kidneys.

New Zealand Rugby, who arguably owe part of their huge commercial success over the last 20 years to Lomu's performances at the 1995 World Cup, said they were "shocked and saddened" by Lomu's death.

"Jonah was a legend of our game and loved by his many fans both here and around the world."

Born to Tongan parents in South Auckland, Lomu spent some of his childhood back in the Pacific Island nation after a cousin was hacked to death in a street attack.

He was then sent to Wesley College where he quickly found his niche on the sports field and was timed running under 11 seconds in the 100 metres.

All Blacks coach Laurie Mains plucked him out of sevens rugby in 1994 but Lomu found his transition from the loose forward position he played at secondary school to the wing a challenge.

He was dropped after his first two tests against France in 1994 and barely made the Rugby World Cup squad for South Africa the following year after being deemed not fit enough for the fast-paced game the coach wanted to play.

He proved almost unstoppable at the tournament, however,  electrifying the rugby world with seven tries -- four in the semi-final against England alone, including one when he trampled over fullback Mike Catt that left many speechless. 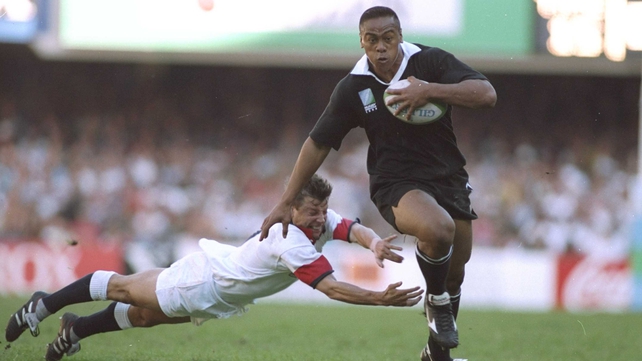 The pace and power displayed by the 1.95m tall and 119kg Lomu changed the wing position forever, with the traditional lightweight flyer gradually all but disappearing from the test game.

The impact he made at the tournament catapulted the quietly-spoken Lomu to worldwide fame and was one catalyst for the rugby turning professional shortly afterwards.

The ravages of Lomu's disease had begun to affect him and his performances went downhill from 1998, although he still made the 1999 World Cup squad and scored eight tries. He played his last test against Wales in 2002.

Lomu's health deteriorated from that point and he had a transplant in 2004 when a friend donated one of his own kidneys for the procedure.

By the time of the 2011 Rugby World Cup in New Zealand, when Lomu featured heavily in the opening ceremony, the kidney had begun to fail and he was forced back onto dialysis.

"Jonah Lomu was a player who changed the face of modern rugby," the International Olympic Committee president Thomas Bach said.

"He was an icon not just for New Zealand fans but for all rugby fans around the world. It is sad that he did not live to see the sport return to the Olympics Games next year in Rio de Janeiro."