The South Africa player was cited for an alleged dangerous tackle on Tom Brown in Munster's 16-14 Pro12 victory over Edinburgh.

He appeared today before an independent Pro12 disciplinary committee, which found that the player had committed an act of foul play that warranted a red card, meriting a three-week suspension which was then reduced by one week.

It was a bruising encounter in Scotland, with Munster edging past Edinburgh to move up to second in the Pro12 table behind Connacht.

Edinburgh lock Fraser McKenzie had his appeal against a two-week suspension dismissed.

McKenzie was cited after a challenge in the clash with Connacht at the end of October and will now definitely miss Friday night's Challenge Cup visit to Grenoble. 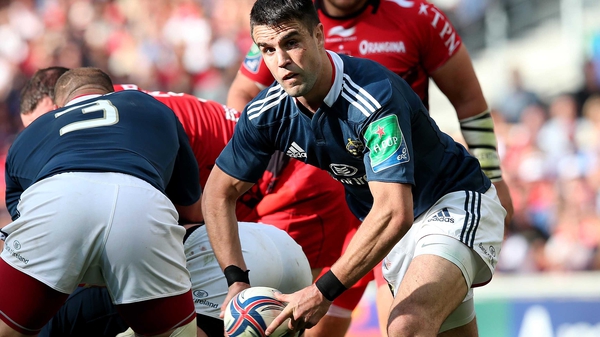