Connacht have several injuries to contend with ahead of their Guinness Pro12 clash with Benetton Treviso on Friday night, while also welcoming back some players from the treatment table.

Quinn Roux is out after breaking his nose in the closing stages against Edinburgh last time out. He will see a surgeon this week when the length of his time out will become clearer.

Tiernan O’Halloran is fit to play despite being substituted after 70 minutes with a sore jaw.

Robbie Henshaw, John Cooney and Shane Delahunt have all returned to full training and are available for selection this week.

And after almost a year on the sidelines, Jason Harris-Wright played 60 minutes for AIL Division 1A side Clontarf on Friday night. The hooker is expected to profit from more game time playing with the Connacht Eagles this week.

Second row Ben Marshall is now out of his cast following an arm break and has also resumed training this week. 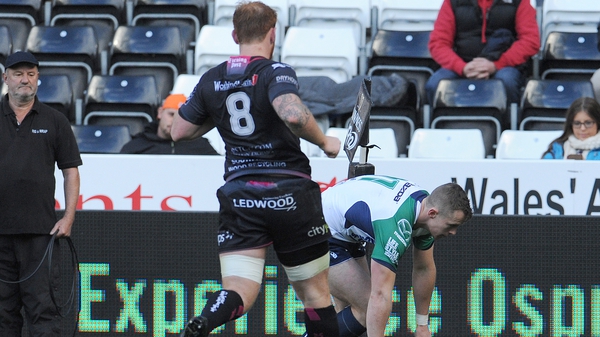