Munster kicked to touch thinking they’d won a firecracker of a game 32-28 at Thomond Park.

As it turned out, there was still a few seconds left on the clock and this gave Ulster the chance to push for the dramatic late try which could have won them the match.

They pounded the Munster line for more than two minutes before the ball did eventually go dead, finishing a thriller.

“It was one of those games that had something for everyone and for the boys to hang on the way they did at the end says a lot about them,” said a clearly relieved Foley.

“I think if Ulster were still out there the boys wouldn’t have let them through. Credit to the players, I thought they manned up well.

“We had a disappointing result last week against Scarlets, but I would have said after that that it was one of our best performances.

“This week is without a shadow of a doubt our best performance this year and hopefully we can continue in that vein in the coming weeks.”

Next up for Munster is Edinburgh in Murrayfield on Saturday and Foley wants them to see his team keep their momentum going.

The defeat to Scarlets was their only reverse in six Pro 12 games this season and they lie second in the table behind the Welsh region.

“It’s good, it’s exciting for us and it’s important that we don’t rest now, get back to work on Monday morning and get a performance out of ourselves against Edinburgh in Murrayfield," he said.

“We spoke about trying to bring the game to another level, up the pace, try to eliminate the turnovers and if we did that we’d put pressure on Ulster.

“We played intelligently in the second half, we forced them to give away penalties and on the back of those penalties we were able to jockey up the pitch.”

Even in defeat, Ulster moved up to fourth in the Pro 12 table after picking up two losing bonus points in a high-scoring game. 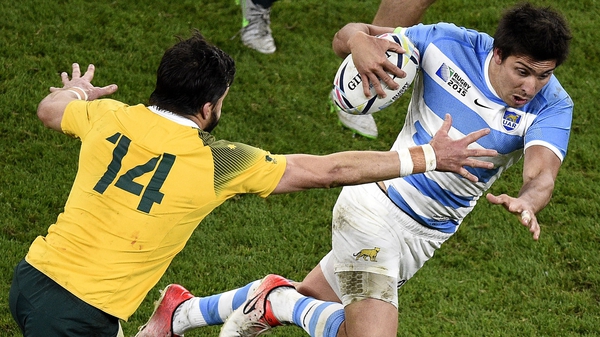