RTÉ Rugby analysts Ronan O’Gara and Bernard Jackman have both backed Simon Zebo to move into the full-back slot for Munster this season.

The idea of the usual winger moving out to fill the No 15 jersey on a regular basis, which he has done before on several occasions for both Munster and Ireland, comes in the wake of Munster’s usual fullback  Felix Jones retiring due to neck injury this week.

Speaking to RTÉ’s Game On 2FM, Jackman said: “I would love to see Zebo at full-back. He has something about him.

“If you get a really talented, creative player playing at full-back it makes a big difference to your team. Particularly as Simon has a big, left foot, then you can kick off him a lot.

“I’d love to see him given a stint there.”

O’Gara also feels that Zebo could give Munster something different from fullback and feels that the winger could in fact deliver in most positions across the back-line.

“It’s an option. I think his ability to play a number of positions in a long championship season is key. I don’t think at that level, he’d struggle in any position, be it even centre wing or full-back,” said O’Gara.

“I think he has the capacity to play those positions. But I think if he really wanted to have a go off 15 then I think he’d be well capable.

“I think Simon enjoys and excels on the wing. But he’s a multi-talented sub. Would playing 15 be the right thing to do? I don’t know. I think he can still play for Ireland on the wing. I think Rob Kearney is still an excellent 15 for Ireland.

“So in terms of that space I think it’s blocked off for a little bit yet. But I think at club level especially he can offer so much. I think with the atritional level of the game he’ll be able to do that.

“With only ten backs [in the Munster squad] it’s likely he’ll be covering a lot of positions going forward.”

Zebo will start on the right wing for Munster against Ulster in the Pro12 on Friday night, with Andrew Conway filling the fullback slot. 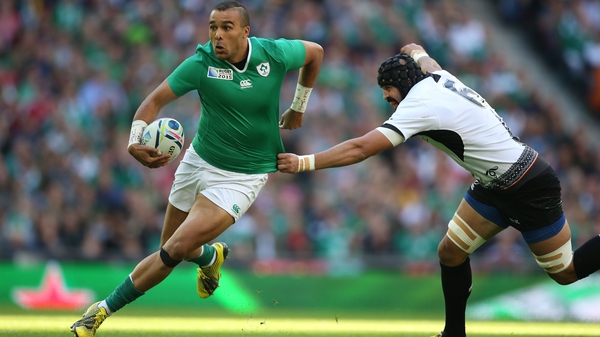 Horgan backs Simon Zebo to shine if Kearney is ruled out