Ireland international lock Sophie Spence is one of three nominees for the World Rugby Women’s Player of the Year award for 2015.

The awards ceremony will take place this Sunday in Battersea, London following the conclusion of the men's World Cup the day before.

28-year-old Spence, who only took up rugby when she was 21, played a pivotal role as Ireland claimed a second Six Nations title in three years this year and was recently named Women’s Player of the Year at the Rugby Writers of Ireland awards.

She will face stiff competition on the night from France captain Gaélle Mignot and New Zealand scrum-half Kendra Cocksedge.

She told RTÉ Sport: "It's fantastic, getting to go to the World Cup final as well and then on the Sunday being able to celebrate the honour of being nominated with my mam.

"We now have a camp every month, which is fantastic, we never had that before"

"We're qualified now for the World Cup. It's a building process up to then.

"We now have a camp every month, which is fantastic, we never had that before and it's about building with the players we have and the players coming in.

"Hopefully, whether it's the cycle after the World Cup, or the one after, we have more players who've been playing for a longer period of time because getting that level of competition is the main thing.

"They have to be able to compete at that level to achieve." 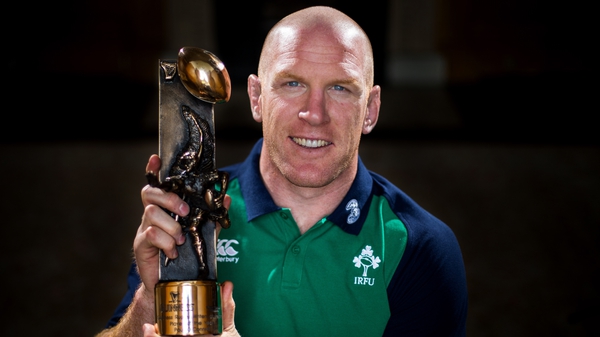 O'Connell and Spence named Players of the Year