Brian O'Driscoll has urged England to restore George Ford at fly-half and pick Henry Slade at outside centre for Saturday's critical World Cup clash with Australia.

A 28-25 defeat by Wales at Twickenham has left the hosts needing to dispatch the Wallabies to revive their hopes of reaching the quarter-finals.

Head coach Stuart Lancaster was criticised for replacing Ford with Owen Farrell against Wales and picking Sam Burgess at 12 with Brad Barritt shifting to outside centre.

Farrell performed well, but former Ireland centre O'Driscoll insists he must make way for Ford and one-cap rookie Slade should be given the chance to rescue England at the expense of Barritt.

"From a player's perspective and an attractive rugby point of view, it would be brilliant to see George Ford back at 10 because he's a player's player," O'Driscoll said.

"Maybe keep Sam Burgess at 12 and have a go with Henry Slade at 13. If Jonathan Joseph isn't fit, throw Sam in. If you're going to go down, go down fighting.

"England have bit of a conundrum because Australia like a loose game and want it open.

"To negate that you need to play a very tight game against them. They'll probably play a very similar team just to keep it nice and tight." 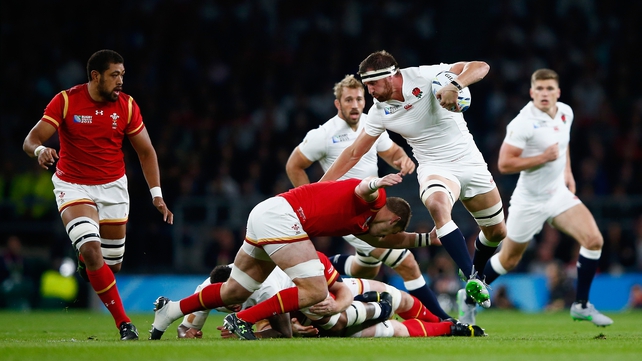 Welsh defence coach Shaun Edwards revealed on Sunday that they are considering their next move.

Williams will go through concussion protocols having been carried off on a stretcher following the incident, which could add to Wales' long-list of injuries.

"There was definitely contact between part of Tom Wood's body and Liam's head,” said Edwards.

“It is something we are going to look at, with regards to citing. But we will make a comment on that later on. It is clearly obvious there was some contact with the head."

"The decision will be made by our manager after discussions with (coach) Warren (Gatland), but we did lose one of our best players in a position where we are quite short at the moment."

"We have some injuries once again. We will have more of an idea where we are tomorrow. Hallam Amos and Scott Williams are definitely the biggest concerns, long term," Edwards said.

"We have some injuries once again. We will have more of an idea where we are tomorrow. Hallam Amos and Scott Williams are definitely the biggest concerns, long term," Edwards said.

"The resilience shown by these players means that if we have another player or two out of the World Cup, someone else will step up and perform like we did last night. But at the moment, there is nobody definitely out.

"However, potentially we could lose more, there is no doubt about that. But we just have to keep showing the resilience we have shown so far in the competition."

Wales face Fiji on Thursday, knowing that a win could assure their place in the knockout stages. England have to beat Australia next Saturday to stay in with a realistic chance of getting out of the group.

"I don't think we will be resting too many players, but obviously that's down to the boss," Edwards said.

"One thing you find out about Welsh teams, or any rugby team to be honest, is that when you get some momentum you want to keep that momentum going.

"We do have quite a long turnaround between the Fiji game and the Australia game (on Saturday 10 October), so the boys will get rested next weekend. So, we will be putting out a pretty strong team against Fiji, showing them the respect they deserve." 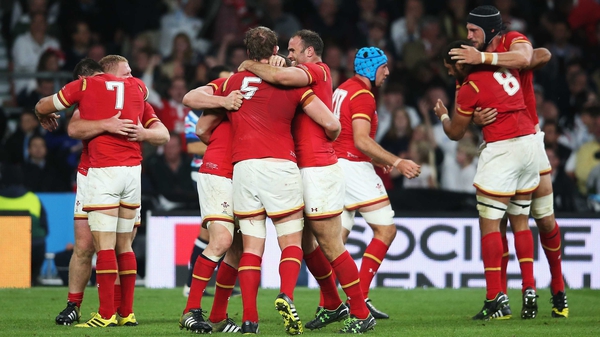