Robbie Henshaw remains a doubt for Ireland's second Rugby World Cup clash against Romania at Wembley on Sunday due to a hamstring problem.

Henshaw did not train fully on Wednesday, with skills coach Richie Murphy admitting Ireland are "not quite sure" whether the Connacht centre will be ready in time for the weekend Pool D contest.

Johnny Sexton, Peter O'Mahony and Iain Henderson sat out Ireland's session at St George's Park, but only as a precaution - with all still available for selection for Sunday's contest.

"Robbie trained reasonably hard today, he did a lot of running and a lot of passing," said Ireland assistant coach Murphy. "Again he's in a position where he's returning to full fitness and he's very close.

"Whether Robbie will be ready for this week we're not quite sure at this moment, but we're hoping that he will.

"He trained quite a lot today and he'll probably have to train back with the team in our next training session, which is on Friday."

Fly-half Sexton was withdrawn after 55 minutes of Ireland's 50-7 victory over Canada in Cardiff last weekend, but Murphy insisted that had nothing to do with a slight knock to his knee.

"No, it's nothing serious with Johnny. He picked up a bit of a knock to his knee during the game and we just felt it was right to let him sit out training today," said Murphy.

"He's fine. Everyone's in contention for Sunday, he's definitely not ruled out for any reason. That team will be announced later in the week and Johnny's in contention just like everyone else.

"He just got a bit of a knock on the knee in the game, it's nothing major and it's just a case of trying to manage the players and make sure he's okay for the weekend.

"All of the guys who sat out as a precaution can still can play this weekend, nobody has been ruled out. Today is quite a long way away from the game so we felt it right to give those lads some time off today so they will be ready for the weekend."

Ireland boss Joe Schmidt is keen to hand Henshaw and Jared Payne time to get reacquainted in midfield sooner rather than later, but Murphy insisted there is no rush to pitch the first-choice centre partnership back together.

"Those combinations, you want to try to build them, but those guys know each other pretty well now," said Murphy. "I know they haven't played an awful lot together, but their understanding of each other has been pretty good up until now.

"So if they get the opportunity to play together this week that will build on that, but if not we don't see it as a major problem going forward." 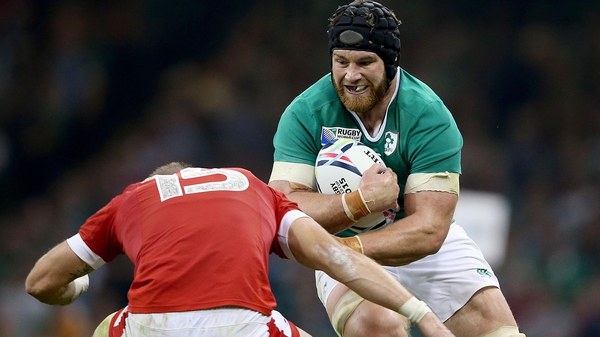