New Zealand legend Jonah Lomu is backing the All Blacks to win the Rugby World Cup, but he reckons Ireland can go a long way in the tournament.

Lomu was part of the Kiwi side that lost the 1995 World Cup final to South Africa and he is regarded as one of the greatest wingers to play the game.

He reckons the All Blacks’ favourites’ tag is justified, though he believes Joe Schmidt’s Ireland can do damage.

“Rightly so that the All Blacks will be favourites, but we’re in the Northern Hemisphere here,” he said, speaking on RTE Radio 1’s Saturday Sport.

“I see a fair bit of Kiwi influence in the way they (Ireland)  play. There is something about the Irish, and if they string a run together, they’ll go close – real close.

“If you don’t get on top of them early, if you don’t put them away early, you’re in for a battle for the 80 minutes. They’ll never stop fighting.

“If you don’t get ahead and get a comfortable enough lead to maintain, you’re in for a long day at the office.

“You’ll have to fight for every inch. What you see is what you get – ‘we will do battle on this field’.”

The crunch game in the group will be against France, with the winner likely to top the table and avoid a quarter-final against defending champions New Zealand.

Famously, Le Bleus beat the All Blacks in the 2007 quarter-final at the Welsh venue, causing one of the greatest world cup shocks in history.

“There might be a few nightmares if we run into the French in Cardiff. We’ll be saying ‘please don’t let that happen again’,” laughed Lomu.

Lomu is regarded as the first true global rugby star and his performances at ’95 was one of the factors that led the game to turn professional.

He feels that the referees at this world cup will have a major say in who takes home the William Webb Ellis trophy.

“The biggest influence on the tournament, this time around, is going to be the refs; I think they’re going to play a big part,” he said.

“There is no set interpretation around the world. It’ll be whoever is best able to acclimatise to that." 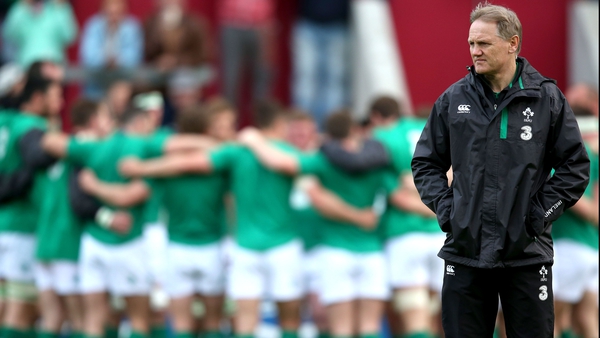