Robbie Henshaw believes that Ireland can draw positives from the recent Test defeats to England and Wales  ahead of the beginning of their Rugby World Cup campaign next week.

Henshaw said that the side "need to keep building" ahead of the tournament, admitting there is "a bit to improve on" following the back-to-back defeats.

Speaking at an open training session at the RDS in Dublin, the 22-year-old admitted that "excitement is building big time" - both within the squad and among fans.

Heading into his first World Cup, the Connacht centre said he has been "asking the lads constantly what the buzz is like" ahead of his first experience of the tournament.

"They have been telling me it is unbelievable, so it's just total excitement looking forward to it now," he told RTÉ Sport.

"I suppose its been a great year for myself and a few others so hopefully we can kick on and make it a better year."

The Athlone man also said that he expects the team to throw off the shackles at the World Cup.

"I think every person that comes into the team wants to get out and get their hands on the ball and play running rugby and that’s what we’ll look to do."

Henshaw also said that while being away from home for five or six weeks can be tough on players, the proximity of the tournament to Ireland should help.

"Being away from home for that length of time will be different, but its only the UK. We travel there a lot with our provincial teams so we know the surroundings and we’ve played in a lot of the stadiums.

"It'll probably benefit us that it is only across the water.

"Even from the travelling fans last year in the Six Nations, they travelled in massive numbers and the Irish contingent over in the UK at the minute is huge as well.

"There are people contacting us already saying 'we'll be there' so we are really looking forward to it. Hopefully it will be an Irish takeover."

With Canada the first opponents for Ireland on Saturday 19 September, Henshaw said the squad are "looking good and I suppose we want to get through the group safely and avoid a lot of injuries." 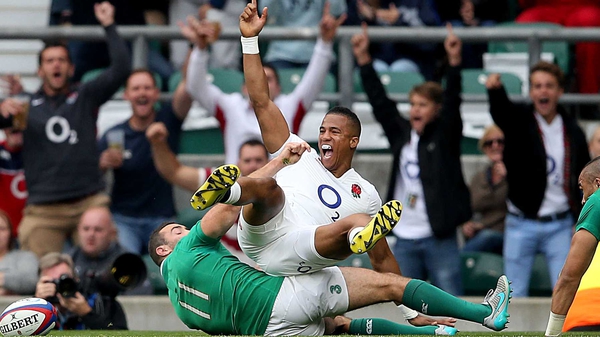