Paul O’Connell admitted Ireland have “a lot to work on” after a disappointing defeat to Wales at the Aviva Stadium in their penultimate World Cup warm-up match.

In O’Connell’s final game in an Irish shirt on home soil, the hosts were well below par as Warren Gatland’s men regained some pride after Ireland’s 35-21 success at the Millennium Stadium three weeks ago.

Richardt Strauss and Keith Earls both picked up injuries, which compounded the negative vibes around the Aviva at the final whistle, and O’Connell warned his side must improve quickly.

Speaking to Sky Sports after the game, he said: “It leaves us with a lot to work on. We started really well in that first Welsh game, we’ve probably learned a lot about ourselves the last two games and it gives us a lot to work on going into the World Cup.

“I’m disappointed with the loss. We’re preparing for the World Cup, you want to bring some form into it, you want to play a little bit better than we’re doing at the moment. That’s the big focus now.”

O’Connell received a rapturous send-off from the fans after the game and he paid tribute to the Irish support.

“(The fans) have been incredible. Throughout my career, in Dublin, I’ve had an amazing time. Hopefully they can add to it in the World Cup,” he said.

“We’re lucky that we’re close to it, there’ll be a lot of Irish people at the games. Hopefully we can give a better performance and a little bit for them to shout about in the coming months.” 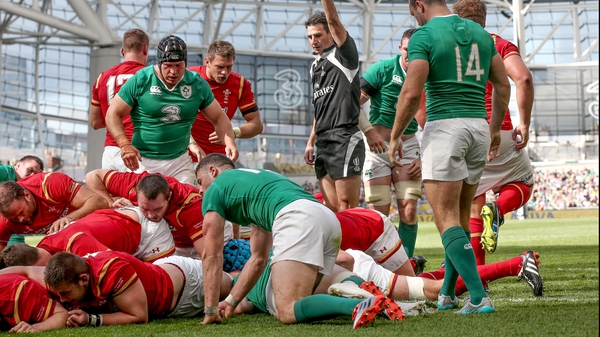 Ireland left with much to ponder after defeat