Keith Earls admitted he was almost overcome with nerves ahead of his first Ireland appearance in 29 months against Wales, but savoured every minute of an impressive victory at the Millennium Stadium.

Munster centre Earls staked his claim for a World Cup spot with a strong performance in which he crossed for a first-half try.

Speaking to RTE Sport, he said: “I’ve probably had the worst 24 hours of my life with nerves but it was great to get back and get my first game under Joe [Schmidt]. Thankfully everything went well.”

Injury concerns over Andrew Trimble and Tommy O’Donnell were the only sour notes on a thoroughly satisfying day for Schmidt, although Earls insisted there’s still plenty of work to do.

“We pulled away from Wales, we got a couple of good scores, but obviously there’s a lot of stuff to work on as well.  There was a couple of individuals who put their hand up, especially in a hostile environment coming over here with passionate Welsh fans roaring and shouting at you.

"It was a first game in a couple of months for a few fellas so we were sucking diesel a bit.”

Of his own try Earls added: “It was an unbelievable read by Trimby, hitting the second last attacker, the ball just fell into my hands. I’ve been waiting two and a half years for this chance and it was great to get back out there with the lads.

“Wales are a top quality team, no matter what players they have out. At the end of the day it’s Test rugby and it’s a step up from Heineken Cup, Pro12, Premiership or whatever so we’re quite happy.” 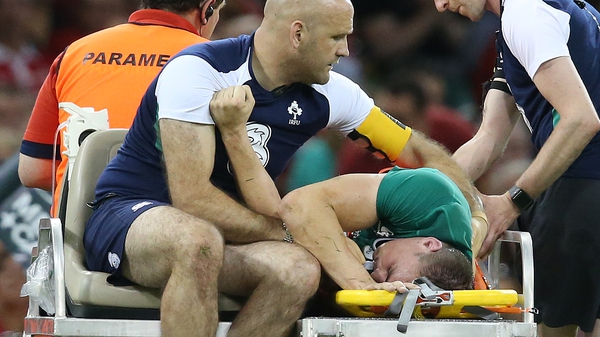