Leinster's Kane Douglas has sought a release from his contract on compassionate grounds as the Australian Rugby Union look to bring him back into the fold in time for the World Cup.

Wallabies lock Douglas, who joined Leinster last year and has two seasons left on his contract, said he needed to be closer to his family in Australia after a "tough" integration into life in Ireland.

"There are a few things going on at home that I need to be there for," the 14-test second-rower said in a statement.

"I didn't think it would be this tough to be away from it all and I hope I can get back home real soon.

"It's been a good time but also tough here and I have spoken to the club about what's going on with my family and I have made it pretty clear that I want to get it sorted."

Leinster received a formal request from the ARU to release the hulking 26-year-old who was a key member of the New South Wales Waratahs team that won the 2014 Super Rugby title.

Douglas, whose mother died in 2013, announced on social media last week that he and his long-time girlfriend were expecting their first child and would get married.

AAP said Douglas was hoping to land a contract with the Queensland Reds to be closer to his father and brother Luke, who plays for National Rugby League team Gold Coast Titans, as well as his fiance's family.

The Reds are in the market for a lock to replace former Wallabies skipper James Horwill, who is heading to English club Harlequins.

Local media have reported the ARU rejected a demand from Leinster for €250,000 euros to release Douglas. 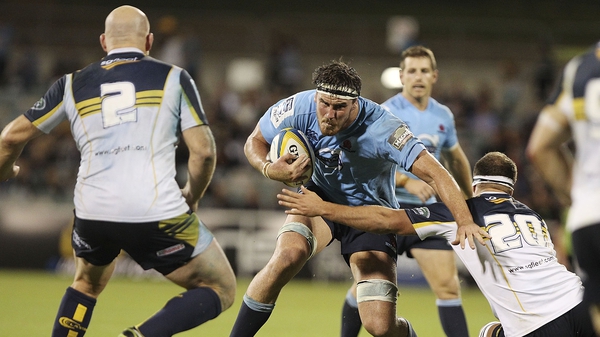 Douglas signs for Leinster from Waratahs