Isa Nacewa has said he is coming back to Leinster to win trophies, and that his body is “really good condition” after two years out of playing.

In April, Leinster confirmed that 32-year-old Nacewa would re-join the province for the start of pre-season training ahead of the 2015/16 campaign.

The fan favourite has not played rugby since retiring after the 2013 Pro12 final in which Leinster beat Ulster to claim their fourth league crown.

Since then, he has been working as mental skills coach with the Auckland Blues.

During his time with Leinster, Nacewa made 126 appearances, scoring 24 tries and winning three Heineken Cup titles and a Pro12 title. He was named Leinster and IRUPA player of the year in 2011 and was also short-listed for the European player of the year.

He said former Leinster head coach Matt O’Connor and assistant coach Leo Cullen had first floated the idea of his returning, and that he jumped at the opportunity once a concrete offer was on the table.

“It was not hard for me to come back to Leinster. It was a club that I wanted to play for,” Nacewa told RTÉ Sport. “It was a no-brainer in my eyes.

“The body is in really good condition. I think the time away doing nothing to begin with has done wonders for me. I’ve learned a lot [about how] to prep your body, just being on the other side of the fence, too.”

Nacewa said he had kept his fitness levels up during his time with Blues, and that “I had the luxury of having the Blues strength and conditioning team as my best mates while working there. They’re leading the way in New Zealand and they’re doing a sterling job. So [I pretty much had] a personal trainer.”

He also said that he has spent the last six months getting himself “back into rugby shape, and rugby fitness,” a kind of ‘pre-pre-season’.

“Being respectful to the club, I had to be honest in the shape that I come back in. There’s a huge amount of hard work gone in already, but the real hard work starts on 1 July.” 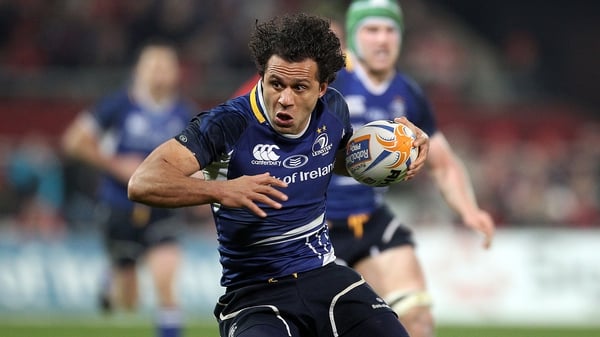