Munster head coach Anthony Foley believes last season's failure to make the Champions Cup quarter-finals will motivate his side in next year's competition.

They failed to progress form a pool including Clermont Auvergne and Saracens last time out.

"Last season, Thomond Park wasn't quite the fortress our fans had become accustomed to, so that will serve as a good motivation for us to put that right," said Foley.

"Not getting out of our pool was tough to take and we don't want to be in that position again. Getting home wins is essential because every team tends to raise their game when it comes to Europe.

"Once again six huge games lie ahead of us. Getting through the pool stage is always a massive challenge and it's up to us to put in the performances that I know we are capable of. There's quality right across our pool again next season.

"We now have to prepare for the reigning Top 14 champions, Stade Francais, who we haven't met since 2004. Clermont taught us a lesson on just how formidable the Top 14 sides are in Europe both home and away last season.

"Leicester Tigers are a team that we know well and with whom we've shared some big occasions. They'll travel to us knowing that the last time they played here they became the first visiting team to beat us at Thomond Park in European competition. It's up to us to rise to the occasion both home and away."

Leinster look to have an even sterner challenge, with reigning champions Toulon and Aviva Premiership big guns Bath and Wasps in their pool.

"I was glued to the laptop this afternoon," said Leinster captain Jamie Heaslip. "We are due back for pre-season two weeks today and the thoughts of Toulon, Bath and Wasps will focus the minds on the work ahead for all of the lads and the schedule that the coaches have set out for us.

"There will obviously be hype around Paulie and his return to these shores to take on an Irish club but leaving him aside, Toulon are a formidable outfit and have recruited really well once again." 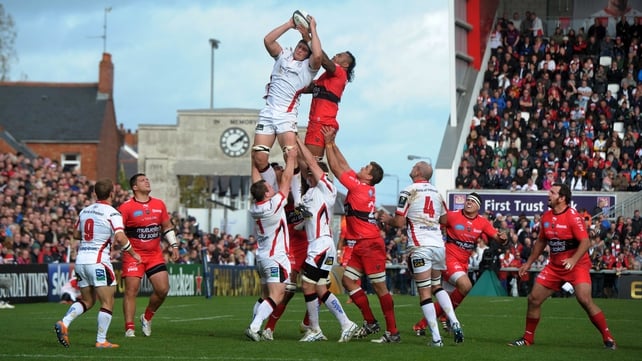 “I’m excited about it," said team manager Bryn Cunningham. "It is a tough pool but every group in the Champions Cup is difficult. Toulouse and Saracens are two of the most famous names in European Rugby and Oyonnax will be a new challenge.

“However, having said that, there is no side in there that we are not capable of beating. We do need to manage resources with it being a World Cup year, but we have real quality in our squad and in Kingspan Stadium we have one of the best grounds in Europe with passionate supporters that are second to none.

“I know that the Ulster fans will roar the team on in these games and with a bit of luck, I am confident that we can go well in the Champions Cup next season.”

Meanwhile, Connacht coach Pat Lam said that his side would would be going all out to win the Challenge Cup and reclaim their place in the top-tier competition.

The Westerners will face Brive and Newcastle in their pool, as well as a 7,400km round-trip to Sochi to play Russian newcomers Enisei-STM.

"The Challenge Cup is massive now because next season, the winner automatically gets into the Champions Cup," he said.

"What's important is to not only get through the pool, but to be seeded as high as possible, so you get a home quarter and semi-final.

"We're happy with the pool and, for me personally, it's a return to Newcastle Falcons, which I'm excited about. They were the first team I played for when I moved to Europe in the late 90s.

In France it's Brive, a past European Cup winner which will be good for us, and finally to Enisei-STM, which is going to be an exciting trip to Russia." 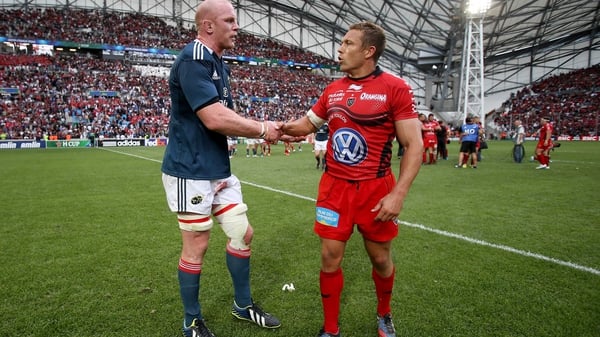