Duffy, who has been working as Elite Player Development Officer in the successful Connacht Rugby Academy since 2011, will join the province's coaching team from the start of pre-season on the 29th June.

As a player, Duffy represented Connacht more than 20 times and, during this time, he went on to play for the Barbarians, the Combined Provinces, Ireland U-21s and Ireland A. After Duffy's playing career ended he transitioned into the role of coach.

Duffy has been the head coach of Connacht Rugby's U-20s for the past four seasons. He has also been assistant coach to Nigel Carolan with the Connacht Eagles and previously for seven seasons with Ireland U-18s.

Duffy said: "It is a new challenge for me and one I am hugely looking forward to. There is real ambition and belief in Connacht Rugby and the current squad. I want to make my contribution and support Pat and the rest of the management team in taking the next step forward."

Head coach Pat Lam added: "When I first arrived at Connacht Rugby I was extremely impressed with the coaching ability and commitment of Jimmy.

“I could see why he has been a key figure in our Connacht Rugby Academy, in developing talented rugby players and young leaders.

“He will bring both strong technical coaching skills and authentic leadership qualities that will have a real impact as we continue to build and progress as a young squad.

"I'm delighted that he will be joining the Pro team and he will be an excellent addition to our coaching group." 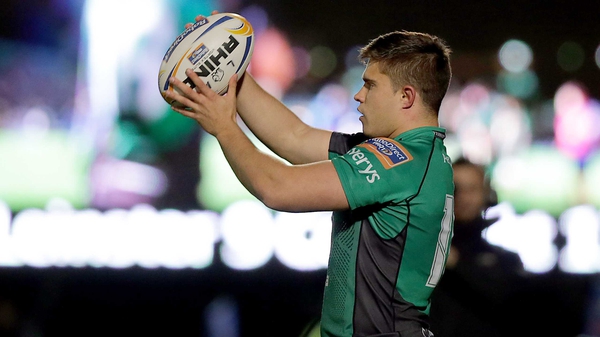 Connacht extend deals for four of their squad