Paul O’Connell gave little away about his future at club level after Munster’s defeat to Glasgow in the Pro12 final and says he will now focus on preparing for Ireland’s World Cup campaign.

Speaking to TG4 after the 31-13 loss in Belfast, O'Connell, who is reportedly moving on after 14 years with his native province, with European champions Toulon said to be hot on his heels, said: "It's very disappointing. We didn't play well at all. We didn't show up in the first half. I don't know, nothing seemed to work for us.

"That's just the way it goes, it's a shame to perform like that in a final but that's life.

"Glasgow haven't played well the last two weeks. They're such a good side and they were never going to play badly three weeks in a row.

"Their second row [Leone Nakarawa] got some lovely offloads, he's a hard guy to tackle, he's a hard guy to put down and it ultimately created two tries. We missed some tackles, we did some simple things poorly and that's what costs you in these big games."

Asked about his plans for the future, the Ireland captain remained coy when saying: "Summer off now and prepare for the World Cup." 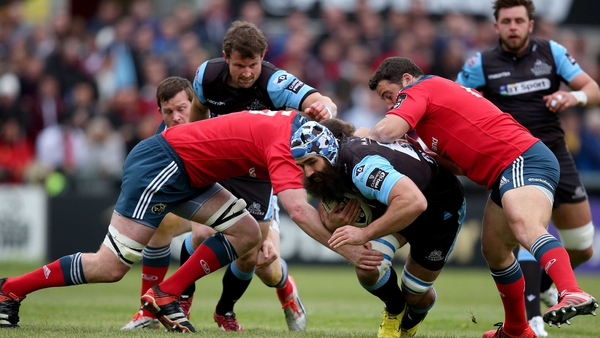 As it Happened: Munster 13-31 Glasgow