Ireland head coach Joe Schmidt has paid tribute to Paul O’Connell, who is widely expected to play his final game for Munster in the Pro12 final against Glasgow this Saturday.

One of Ireland finest ever players, and still a talisman for province and country, O’Connell has hinted that this may be his last season for Munster, and said he will make a decision about retirement in the summer.

Speaking to RTÉ Sport about the player who has been Ireland captain since the beginning of his managerial reign, Schmidt contrasted O’Connell’s remarkable achievements on the field with his low-key nature off it.

“He just such a grounded man, despite being so far off the ground when he’s in the lineout,” Schmidt said.

He said that O’Connell had combined a ferocious work ethic with natural athleticism to great effect in his career.

“I think he’s a fantastic exponent of the set-piece, either scrum or lineout, or kick-off,” he said.

“But his work-rate around the pitch, intelligence, combined with that controlled aggression that he delivers, I think have made him a leader of men, and he’s led superbly in my time as Irish coach.

“He has been incredibly consistent in the quality he delivers, but also the preparation he demands from himself and from everyone else.”

A lucrative move to France has been mooted as one possible option for O’Connell next season after this year’s World Cup, though no firms offers are known about. It would be a remarkable next chapter for a player who has spent his entire professional career with Munster.

Schmidt credited some of O’Connell’s success to his hunger for continually improving his game.

In the past, O’Connell has spoken about how he has altered his training methods and approach to game to continue to get the best out of himself.

This perpetual pursuit of improvement has been an inspiration to other players, according to Schmidt.

“Therefore he drives other people not by pushing them from behind but from dragging them along with him because he’s looking to get ahead.

“He [would be] a very talented rugby player, even if he didn’t work hard. But he combines that with that work ethic; that talent and that work ethic make him an incredibly good example, and that example is without being the leader and saying what needs to be said. Even if he says nothing, other people follow him.” 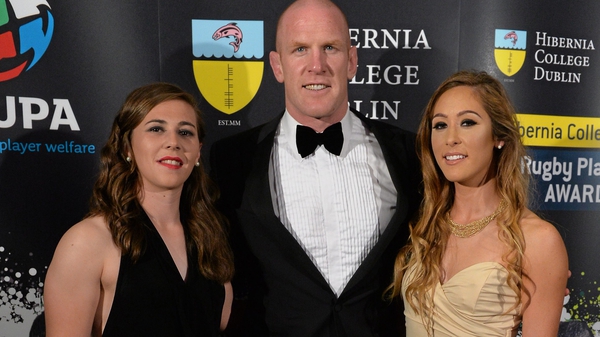