“Life is like a box of chocolates, you never know what you’re going to get,” said Forrest Gump in the movie of same name back in 1994. And that quote from Robert Zemeckis’ film aptly sums up the Barbarians challenge.

They're an invitational side, established back in 1884 in Cambridge, and over the course of their history have played both international and club sides with the dictum to enjoy the camaraderie of the game and play attacking, adventurous rugby without the pressure of having to win. 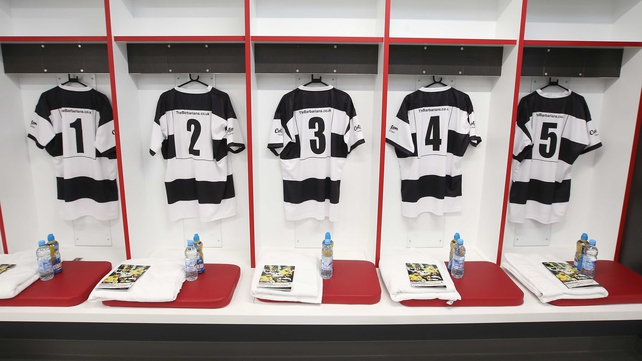 Under that guise the Baa-Baas, as they have become known, have tended to oscillate wildly between amalgamations of players that bind and fuse in such a way to make them a side that can beat the best in the world – New Zealand, South Africa, Australia and England have all fallen to the Baa-Baas in the past. However, they can also be sloppy, lacking structure and composed of players who simply do not gel.

What you get is, well, Mr Gump described it best.

With a win ratio of 40% in their last ten clashes, the Baa-Baas have shown a form and a consistency of late that would lead one to think the structures currently in place for match week are rigid enough that the invited players can still come together with success with just a week’s training camp to their name.

And the team named to face Ireland at Thomond Park on Thursday is a superb one that looks to have an excellent balance between players who want to play wild, running rugby, and others who will give the side a more hard-edged approach.

In fact, on paper it is a superb team, with the likes of Joe Rokocoko, David Smith and Ruan Pienaar superb practitioners of the game.

Add in alongside them the Leinster trio of Zane Kirchner, Jimmy Gopperth and (retiring former Ireland international) Shane Jennings and there is an extra added incentive, back story and bite to the fixture. 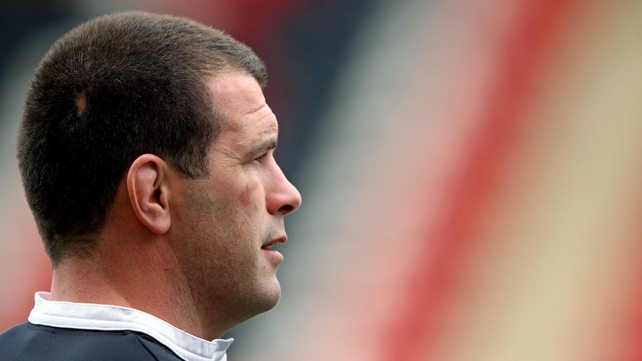 Former Australia coach Robbie Deans takes the reins of the Baa-Baas for the tie, a coach known for wanting to playing attacking rugby. This week he said that his incarnation of the Baa-Baas will not be there just to fling the ball about, but instead compete while also entertaining. 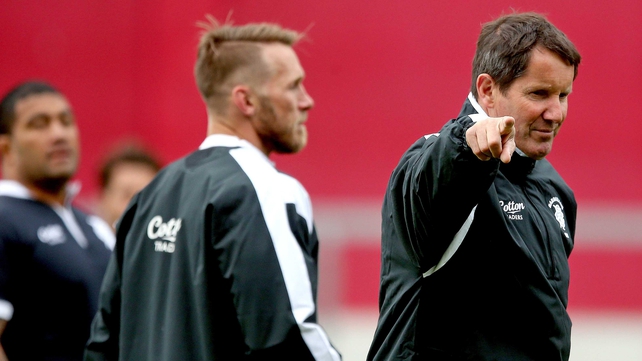 Deans had been touted as the next Leinster coach, replacing Matt O’Connor in the hotseat, but ruled himself out of the post this week. However, a good showing from his Baa-Baas side could yet put the former Crusasders boss very much in the cross hairs of the Leinster management team as they decide who should become the next leader at the RDS.

Joe Schmidt has selected a very unique side for Ireland.

With the Munster men away on Pro12 final duty and the Connacht men recovering from their Champions Cup play-off defeat, it is a squad composed of Leinster and Ulster men exclusively.

And within that there is a wonderful blend of youth and experience.

Regular starters Rob Kearney, Jack McGrath, Devin Toner and Jamie Heaslip are named in the XV, while impact players Ian Madigan, Eoin Reddan and Richardt Strauss all get a chance to shine alongside them. 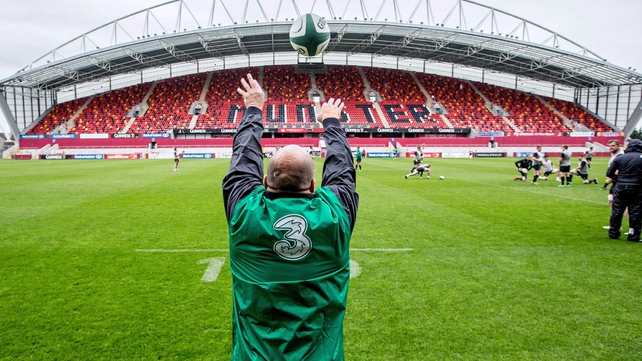 Those later three are all trying to edge out men who are in quite solid control of the Test-match starting jerseys in the form of Johnny Sexton, Conor Murray and Rory Best, and this game is one of opportunity for them; a first opportunity to impress Schmidt and attempt force their way into the reckoning ahead of Ireland's first Rugby World Cup Pool D match against Canada on 19 September at Millennium Stadium.

Add in on top of that the return to the set-up of Dave Kearney, Dan Tuohy and Chris Henry after injury, as well as Luke Marshall - following an absence in the squad since the summer tour of Argentina in 2014 - and the level of competition is impressively high. 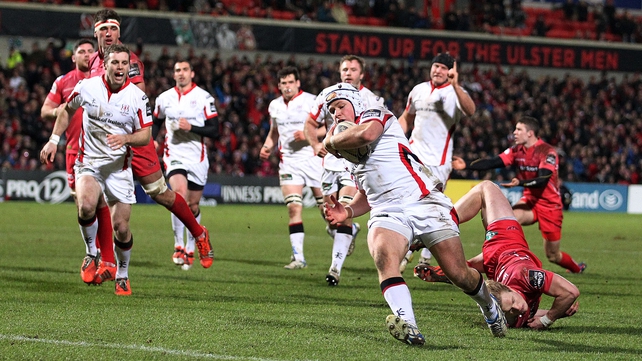 One might assume at this early juncture that Schmidt's starting teams for the Pool D clashes against top-tier sides France and Italy will be along similar lines to the one that beat Scotland to claim the Six Nations title. But places in the extended squad, and in the starting XVs to face Canada and Romania in the other pool matches, are surely very much up for grabs.

Throw in five uncapped Irish players into the mix in the form of Colm O'Shea, Tadhg Furlong, Ben Marshall, Luke McGrath and Cian Kelleher and you have more indication that this side will be busting a gut to prove itself.

Given the relative lack of experience of the Ireland side, the Baa-Baas do have a distinct edge in that department. However, given that a large portion of Ireland's squad have trained and worked together consistently over the last two seasons under Schmidt, they certainly have the edge in terms of preparation.

It all boils down to what would appear to be a very close encounter in Limerick, but one that may just go the way of youth to give Ireland only a second ever win in six attempts against this most distinguished of touring sides.

Verdict: Ireland to win by ten.