Leinster may struggle to find a suitable replacement for departed head coach Matt O'Connor, according to Shane Horgan.

O’Connor and Leinster parted ways “by mutual consent” this morning, despite the Australian having one year left on his contract.

The announcement came after a disappointing season, in which, despite reaching the Champions Cup semi-final, Leinster failed to qualify for the play-off stages of the Pro12.

Speaking to RTÉ Sport, former Leinster and Ireland star Horgan, now an RTÉ analyst, said that the timing was surprising, and presented difficulties for Leinster.

“I was surprised. It’s a big decision to let Matt O’Connor go: he’s got a year left on his contract; it’s a World Cup year and there are not too many coaches available,” Horgan said.

“There’s been a lot of transition in Leinster, [and] there’s more to come. Obviously he’s leaving, Shane Jennings is going as well, Gordon D’Arcy is going. So there aren’t going to be too many old heads or leaders around Leinster.

"I don’t think the performance level in Europe was what supporters, and indeed, as it turned out, the board would have wanted" - Shane Horgan

“So it’s quite a decision to make, and whether they’ve already decided on someone else, or pinpointed someone else that they’re going after, that’s an interesting question.”

Leinster’s failure to finish in the top four in the Pro12 this season would have been hugely disappointing, Horgan said

Although Leinster’s players bore some of the responsibility for an apparent drop in standards in recent seasons, Horgan said there was an onus on the head coach to help them keep their displays at the level required.

“The players probably didn’t perform as well as they would have liked, but then you have to take into consideration that the Irish team, which Leinster is largely made up of, won two, back-to-back championships in the Six Nations.

“So the players can perform: [but it's also] a question of getting them to perform for Leinster, and that they haven’t already done that. They did in fact win a league last year, so that has to be remembered; that continued on the success.

“But I don’t think the performance level in Europe was what supporters, and indeed, as it turned out, the board, would have wanted. And I think this year was a particularly disappointing year.”

He said that even if Leinster had been keen to find a new head coach, that the process of searching could have begun while O’Connor continued in the role.

“Mind you, it’s always more difficult to do when they know that there’s nobody in place.

“I think players will be looking around, it’s important to get a good pre-season under the belt; players want to know who they’re being coached by, they want to find the right fit, and I think this could have been done while Matt O’Connor was still in situ.”

“You could look back and say he had the injuries to deal with, and players finishing up and retirements, and all that to contend with," Corrigan said.

“But the writing was on the wall a little bit earlier in the season, I think: it was the performances that people were disappointed with; it was the style Leinster were playing with.

"Leinster supporters have become accustomed to playing a certain way of playing, and that seemed to be lost. 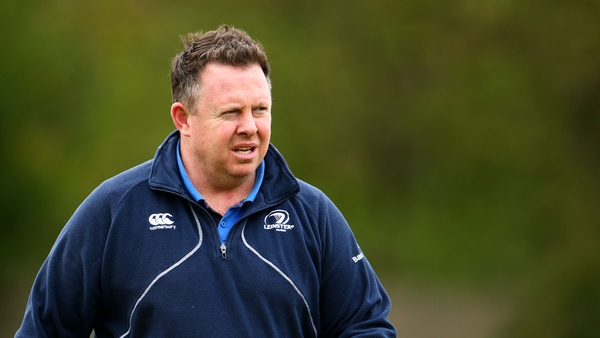