When Ulster and Munster both crashed out of the Champions Cup at the pool stages in January, the doom and gloom was palpable across both provinces.

Being at the business end of that competition is where all top European sides desire to be, and the fact both fell so short was indeed worrying for the brains trusts guiding both squads.

But the beauty of sport – as in life – is second chances.  And with early elimination from Europe always comes the chance to shine domestically, which is what both these sides have done in the interim.

Both provinces have lost just one in eight, playing some of the best rugby on display in the league.

The Pro12 table reflects the dominance both sides have exerted in the competition. Munster sit second with 68 points, just one above Ulster on 67.

Whichever side comes out on top holds the box seat heading into the final round of regular season fixtures as both teams look to claim second spot and a home semi-final; in that final round Munster look to have an edge as they face Dragons at home, while UIster have the far trickier task of travelling to table-toppers Glasgow.

A victory for Ulster against Munster and a win - or potentially even bonus-point defeat - against Glasgow could see Ulster claim second spot, but defeat in this derby battle and Munster are uncatchable and Ulster will be forced to travel for their last-four encounter.

Whichever way you look at this one it’s hard to see much daylight between the sides, and the stats back that up; the head-to-head record between them stands at 26 played in the Pro12, 13 wins apiece and Munster edging Ulster by 53 tries to 47.

In addition to those tight numbers, Munster have narrowly outscored Ulster this season by 508 to 491 and 59 tries to 56.

Barring a blow it out of the water performance from either side, one would imagine we are looking at a one-score game, with a Hail Mary play being needed by the trailing side to prise open the jaws of the opposition defence in the closing moments.

So where might an edge be? On paper: in the pack. Paul O’Connell returns to the second row for Munster and reforms his partnership with Donnacha Ryan for the first time since December 2013. That engine-room pairing is one to be feared when at full capacity and if Munster do inflict a first home Pro12 defeat on Ulster this season, that duo will be at the core of the victory.

The back-row war is also key, with the battle between Henderson-Henry-Wilson and O’Mahony-O’Donnell-Stander an absolute centrepiece of the tie. There looks to be marginal gains between the two, likewise in the front row.

From the half-back division Murray and Keatley will likely play a more snipe and kicking combined style, with their back three brought into play through turnovers in the Ulster half.

Ulster by contrast will attempt to hold onto possession through Ruan Pienaar and Paddy Jackson, with their superbly talented backline poised to capitalise.

Ulster back-row Iain Henderson spoke earlier this week of just how close these sides are by saying: “It’s massively about instinct and your own self-drive inside. It will come down to the wire; you against him and who’s going to front up more.”

And that defines the game well, whichever side can up the intensity levels of its key men more will get the job done.

A tie between the team with the best home record in the league, Ulster, and the side with the best away record, Munster, is always going to be tight. One gets the impression that if the Munster pack has one of its juggernaut days, they could - against the odds - edge a very tight battle. 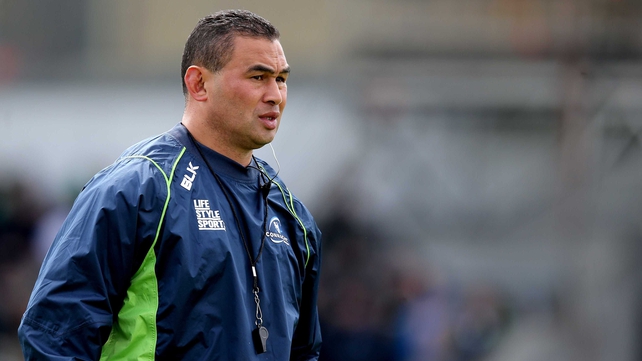 A season that promised so much for Connacht hangs by a thread. A very promising Challenge Cup pool stage ended with a bang when eventual winners Gloucester put the Westerners to the sword in the quarter-finals at Kingsholm Stadium.

Even more painful has been their Pro12 demise of late. Having commanded sixth place in the table - and with it automatic qualification for the Champions Cup - for so long, Connacht have slipped to eighth in the standings, now one off the play-off spots for Europe’s glamour tournament.

And so like Leinster, Connacht enter the final two rounds of the regular season needing two wins from two. Playing away to Zebre this weekend and at home to Ospreys next there is hope yet for Pat Lam’s team.

If Connacht were to win both those ties, with a bonus point thrown in for good measure, and Edinburgh were to lose one of their remaining games - against Dragons away or Leinster at home - then Lam’s side would be in the play-offs. With Scarlets five ahead - and Cardiff at home and Treviso away to come – they too are not out of sight.

It’s all hypothetical and abacus logic right now and things will be clearer come Sunday evening, but all Connacht can do is win the tie on Saturday and hope results elsewhere go their way.

And win it they should. Over their last three ties with the Italians they have won each time and outscored the Parma side by 90-25.

Lam has named a largely unchanged XV from the team that was gunned down by Glasgow last time out and with that has asked his troops to reward his faith with four or five points.

The fulcrum of the attack is the superb centre pairing of Bundee Aki and Robbie Henshaw. If they shine Connacht will be on the front foot in offence, but their brilliance as a duo needs to be underpinned by a foundation from the rest of the side that has been missing over the last month.

A solid set-piece and defence, which Connacht have displayed so well for much of the season, must again be on display. If it is, Connacht will win the tie. A porous and half-committed display and Connacht’s Champions Cup dream will have just been a mirage.

Verdict: Connacht to win by ten.