Gloucester survived Bill Meakes' red card to see off Edinburgh 19-13 and claim Challenge Cup glory at the Twickenham Stoop, reviving their Champions Cup qualification hopes at the expense of Sale and Harlequins.

Centre Meakes was dismissed for tackling Sam Beard high and without the ball with 15 minutes to play - but Gloucester clung on to secure their first silverware since the 2011 LV= Cup.

The 14-man Cherry and Whites rode out a nervy final quarter-hour to seal a victory founded on ex-Edinburgh scrum-half Greig Laidlaw's 14 points with the boot.

Billy Twelvetrees' try also helped ensure rugby director David Humphreys will end his first season at Gloucester with a trophy in the bag.

The Kingsholm outfit will now represent the English clubs in the Champions Cup play-off, their second-tier European crown trumping either Sale or Quins finishing seventh in the Aviva Premiership.

Gloucester could even face Edinburgh again in the two-match, three-team battle for the 20th slot in next term's top-tier Champions Cup competition.

Just last month Gloucester bosses admitted the club was up for sale, co-owner Ryan Walkinshaw seeking new investment to help the club match the spending power of the likes of Bath and Saracens.

Any ownership uncertainty can prove unsettling, but ambitious Gloucester, languishing ninth in the Premiership, will aim to turn this triumph into a catalyst for better days ahead.

Charlie Sharples laid the platform with a fine 30-metre counter-attack, eventually allowing Laidlaw to level from the tee.

Through the line with ease, May stood up the cover and sent Twelvetrees under the sticks.

Laidlaw's conversion put the Cherry and Whites 10-3 to the good inside the quarter-hour, but somehow Edinburgh found enough defensive buffer to steady proceedings.

Wales hooker Richard Hibbard can count himself lucky to have avoided a yellow card despite being penalised by referee Jerome Garces for producing a shoulder charge.

In a flash Edinburgh were the side reduced to 14 men, though, Anton Bresler ordered off for 10 minutes after killing the ball on his own try-line.

Centre Beard spilled the ball on a rare Edinburgh attack, straight into the grateful arms of sprint king May.

The lightning wing scythed through the centre and arced almost home, only to be tap-tackled at the last by Cornell Du Preez.

In the melee Bresler was sanctioned for his infringement, leaving Edinburgh to defend a five-yard scrum a man light.

Gloucester were denied a try by television match official Eric Gauzins, and were unable to convert two more five-metre scrums.

Just when Edinburgh looked set to buckle, the PRO12 outfit pulled off a scrum penalty of their own, to clear their lines and stay in the game.

Edinburgh attacked with renewed purpose, even forcing a penalty for Hidalgo-Clyne to convert.

Laidlaw landed an immediate goal to restore Gloucester's seven-point lead, leaving the Cherry and Whites 13-6 ahead at the break thanks to a penalty miss from Hidalgo-Clyne.

The England Under-20s cap was sin-binned after TMO review, for kneeing Edinburgh's prone lock Fraser McKenzie in the back at a ruck.

Meakes was then sent off for a head-high challenge on Beard off the ball, the Gloucester centre misreading Edinburgh's move and paying the price.

Gloucester spent three minutes with 13 men, and were then forced to battle the remaining quarter-hour a man light.

Edinburgh launched a sustained onslaught desperate to turn the tables, but Gloucester hit back and wound down the clock in exacting style.

Laidlaw missed a penalty at the last, but that sparked the final whistle - and jubilant Gloucester celebrations. 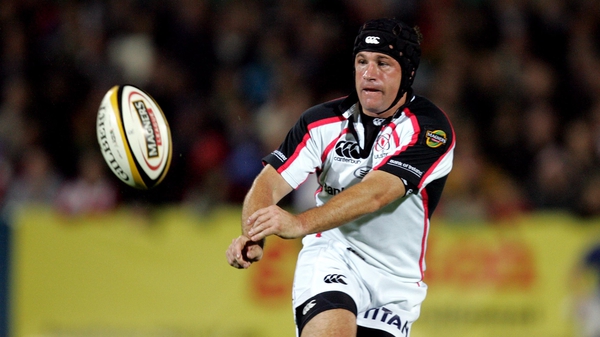